Niles man heading back to prison on drunk driving charges 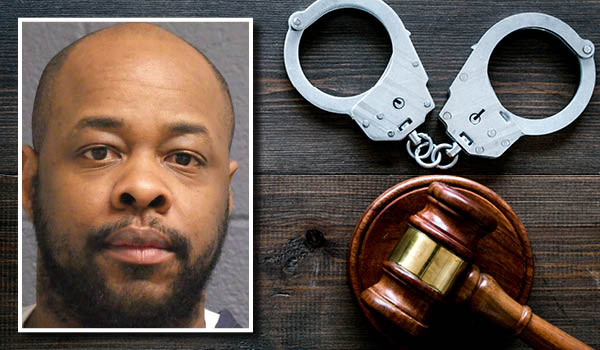 NILES – A Niles man is going back to prison after being convicted of third-offense drunk driving and sentenced Monday in Berrien County Trial Court.

Jason Hakeem Taylor, 45, of Niles, pleaded guilty to third-offense drunk driving and was sentenced to 35 months to 10 years in prison. He has credit for one day served and must pay $198 in fines and costs.

The incident occurred on March 14 when he was stopped for drunk driving in the city of Niles. His blood-alcohol level was found to be .23 which is nearly three times the legal limit.

Defense attorney Sean Drew noted that Taylor had been self-medicating with alcohol in trying to deal with bipolar disorder. He said Taylor has been participating in outpatient counseling and treatment since August.

Taylor said he had been making strides to better himself but had had a relapse.

Berrien County Trial Judge Sterling Schrock said Taylor had eight previous felony and 32 prior misdemeanor convictions.  He noted in addition that four of the eight prior felony convictions were for felony drunk driving.

“The tragedy is that neither you or anyone else figured out what you were self-medicating for,” the judge said. “But there’s also a whole lot of personal choice here. When you’re self-medicating with alcohol, right wrong or otherwise, you don’t get behind the wheel of a vehicle.”

In other sentencings, area residents were sentenced for a variety of offenses including assault, drugs, firearms and drunk driving.

Ruben Anchondo, of Elkhart, pleaded guilty to aggravated assault and was sentenced to two years’ probation, 30 days in jail with credit for two days served and $575 in fines and costs. He must take anger management classes and also pay restitution which will be set at a later date.

According to statements made in court Monday, the restitution could end up being nearly $30,000 to cover the costs of the victim’s medical and other bills.

The incident occurred May 23 when he assaulted a man breaking into his home when Anchondo lived in Michigan, injuring the man’s wrist and knees. A relative of the victim spoke before the sentencing and said the victim had to have emergency surgery and is still suffering the effects of the attack.

“Here’s my concern, you have not been in trouble before, where did this come from?” the judge asked. “That’s the problem. You’re still trying to rationalize the situation. When you knew who it was, you pulled him down and then beat him with a hammer instead of locking yourself in a room and calling police.”

“There are a whole lot of issues there and you clearly haven’t recognized how over the top your behavior was,” he added.

Kyle Lee Sears, 30, pleaded guilty to receiving or possession of stolen property over $200 and under $1,000 and possession of analogues and was sentenced to 60 days in jail and $6,433 in fines, costs and restitution. He has credit for no days served as he was on parole at the time of the incident.

The incident occurred Sept. 3. He was released on parole Sept. 1, 2020, after serving a prison sentence for delivery/manufacture of meth.

Judge Schrock noted that the incident clearly demonstrated that Sears had failed on parole as he had stolen property and was in possession of drugs.