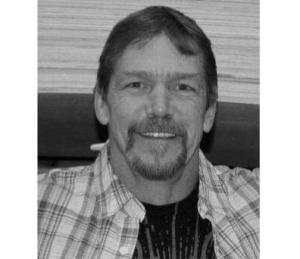 Mr. Louis James West Jr., 58, passed away at Lakeland Hospital in Niles during the very early morning hours of Sunday, October 31, 2021. Louis was born on April 29, 1963, in Watervliet to Louis West, Sr. and Earline (Freeman) Fitzgerald.

Louis was a carpenter by trade and worked as an independent contractor. He was a devoted and loving son, brother, father, stepfather, uncle and friend to many. He will be greatly missed by all who knew him.

Louis is survived by his mother, Earline Fitzgerald of Dowagiac; four daughters and a son; a sister, Katrina (Tom) Schrimsher; two brothers, Robert (Karen) West and Steve (Angie) Hartman; as well as several grandchildren and a host of nieces, nephews, extended family members and friends.

Louis was preceded in death by his father.

Cremation has taken place. The family will gather to celebrate Louis’s life on Sunday, Nov. 14, 2021 from 2 to 4 p.m. at the Eagles Club, 101 E. Railroad St., Dowagiac. Palmer Funeral Homes – West Chapel is assisting the family with arrangements. Online expressions of sympathy may be left at palmerfuneralhomes.com.