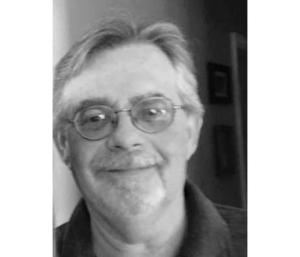 Kevin was a lot of things throughout his life but what he took the most pride in was his family. He met the love of his life, Kandice Renee Lintz, when she was just 15 years old and the rest is history. The two were married on June 14, 1980, in Niles. Shortly after their marriage they started a family of their own and had two daughters, Tina and Hollie. He was a son, a brother, a loving father, a caring husband and a supportive papa. He valued every minute he had with his family and did his best to instill his hard work ethic, charismatic personality, and his love for sports and music into his kids and grandkids. He wasn’t a man that did anything with half of an effort. He took pride in his massive, colorful gardens, his collection of over five hundred vinyl records, and his stockpile of over two-thousand cd’s. He also had quite the competitive edge; he loved the Nebraska Huskers football team, Notre Dame Hockey, and every team that his grandchildren played for. Kevin was the kind of papa that never missed a game, and probably enjoyed the victories just as much as the kids playing. Outside of his family, Kevin also had a special place in his heart for nature. He kept house plants, an avid bird watcher, and did his best at raising crops. He was the kind of guy that had his hand in a little bit of everything. His natural charismatic personality was a great asset with the work he did as a salesman for Davro’s car sales in South Bend as well as several local dealerships. People were always at ease with him and he was an easy person to trust. One of the traits that Kevin had that will be extremely missed is his thoughtfulness. He had a knack for making people special and always put his full effort into all of the relationships that he developed. He made a habit out of pumping gas for his wife and was a great example of what it meant to be chivalrous. Although Kevin’s life seemed to have been cut short, his legacy and the example he set will live on forever.

He is preceded in death by his mother, Barbara Lynn (Vinnedge) Ditson.

He is survived by his father, Wayne Ditson of Niles; his loving wife, Kandice (Lintz) Ditson, of South Bend; both of his daughters, Tina (Dustin) Foster, of Granger, and Hollie (Troy) Krueger of Niles; five grandchildren, Drew, Jake, Blake, Rosemary, and Levi; his only sibling, Lonnie Ditson of Elkhart and his son, Danny Ditson, of Edwardsburg; Kandi’s parents, James and Geneva Lintz, of Niles; her siblings, Kathy (Danny) Vaughn of Elkhart and Keith (Liz) Lintz, of Dowagiac as well as several nieces and nephews; and many other extended family members and friends.

Memorial contributions may be made to a charity of one’s choice.