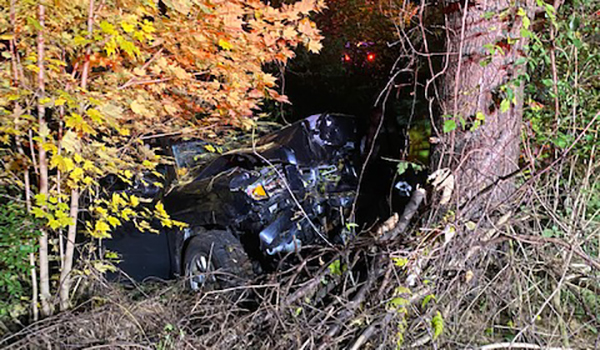 MILTON TOWNSHIP — An Indiana man was injured in an early morning crash in Milton Township, according to the Cass County Sheriff’s Office.

Sheriff Richard Behnke reported that at approximately 6 a.m. Monday his office was called to investigate a personal injury crash on US-12 near Fir Road in Milton Township.

Investigation shows that Bruce Daeger, 68, of Goshen, was traveling West on US-12 when his vehicle left the roadway, went through a chain fence and hit a tree. Daeger was extricated from the vehicle by Edwardsburg Fire Department. Daeger was transported to South Bend Memorial for his injuries sustained in the crash.

Alcohol and drugs do not appear to be a factor in the crash. It is unknown if seatbelts were worn.