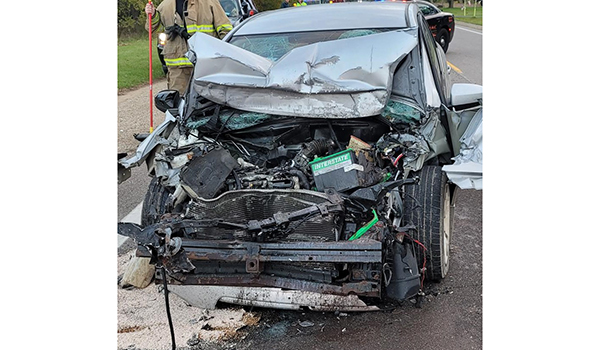 POKAGON TOWNSHIP — A Niles teen was transported to the hospital following a Pokagon Township crash Friday morning, according to the Cass County Sheriff’s Office.

Sheriff Richard Behnke reported that at 8 a.m. Friday, deputies of the Cass County Sheriff’s Office were called to the scene of a personal injury traffic crash just north of Peavine Street on M-51 in Pokagon Township.

Initial investigation shows that a Nissan driven by Paris Higgs, 19, of Niles, rear-ended the back of a Crystal Flash Semi tractor-trailer, driven by Ricky Doorlag, of Lawton. The semi had been stopped on M- 51 due to traffic in front of him when the Nissan failed to stop and collided with the rear end of the semi-trailer.

Higgs was transported to the hospital with non-life-threatening injuries. Doorlag was not injured.

The crash is being further investigated, but alcohol and drugs do not appear to be a factor in this crash, according to deputies.