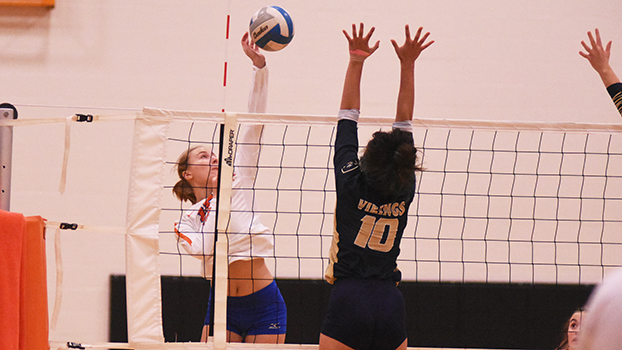 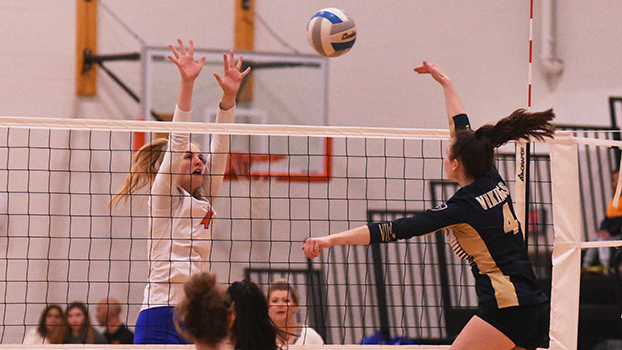 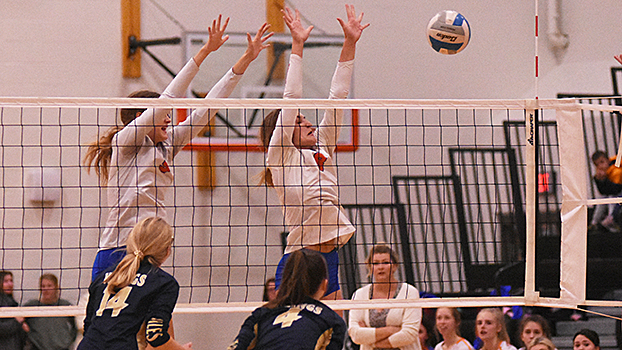 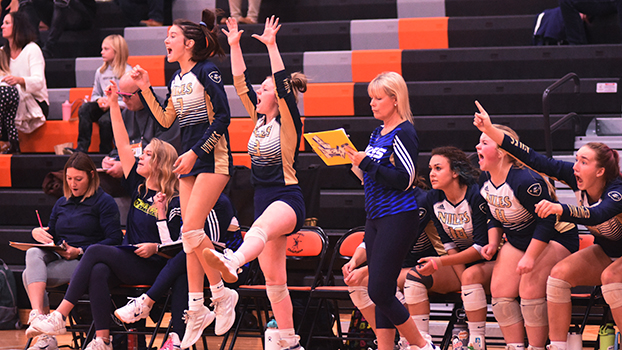 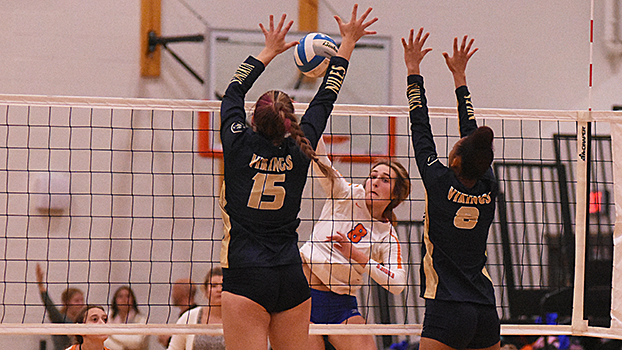 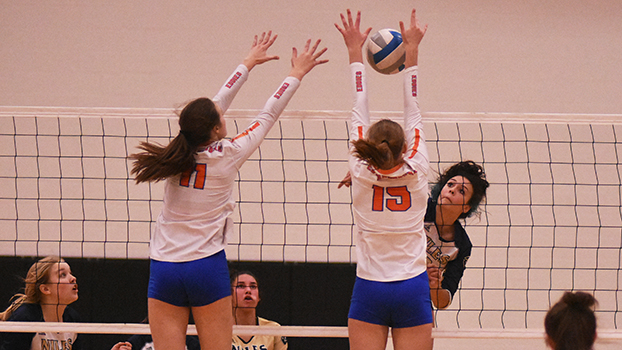 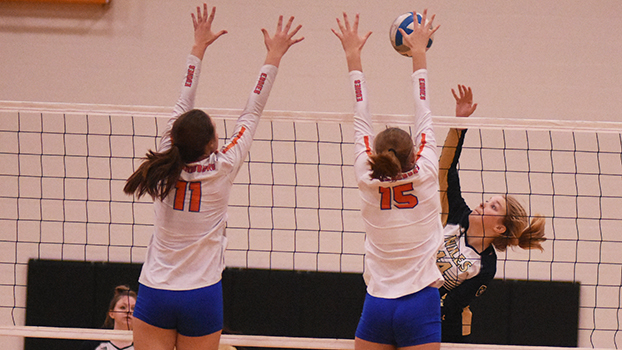 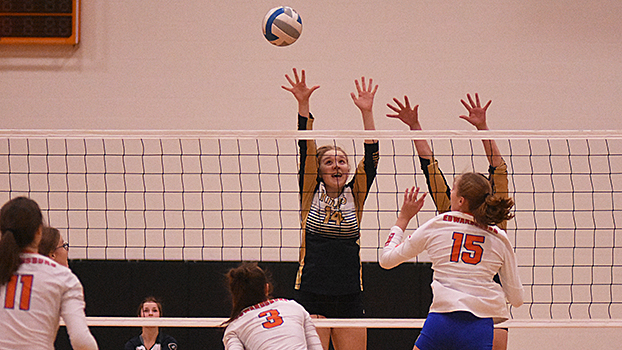 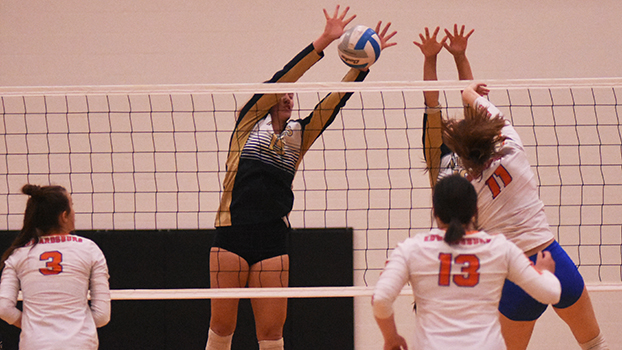 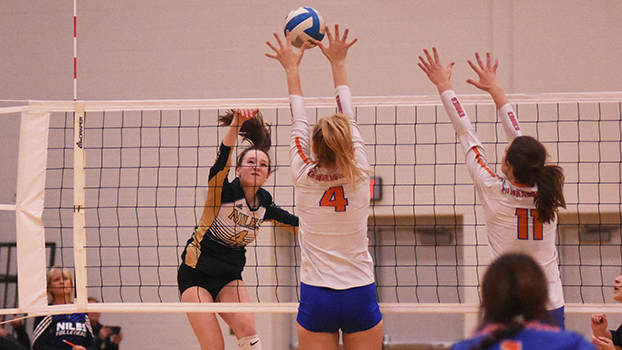 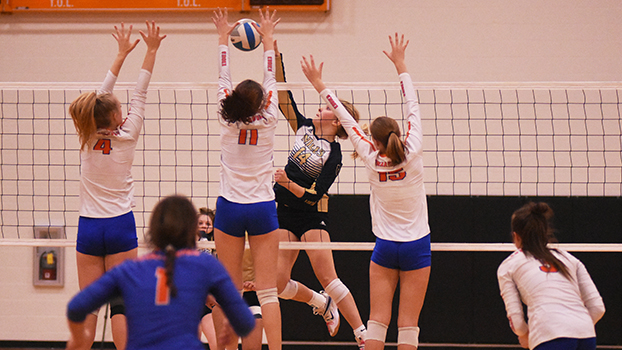 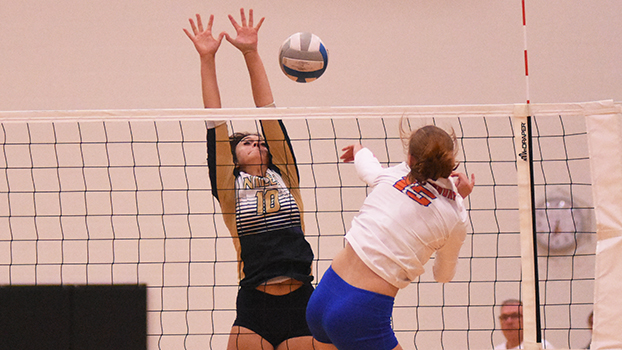 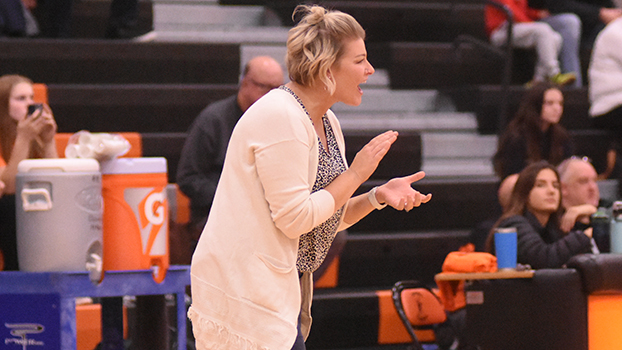 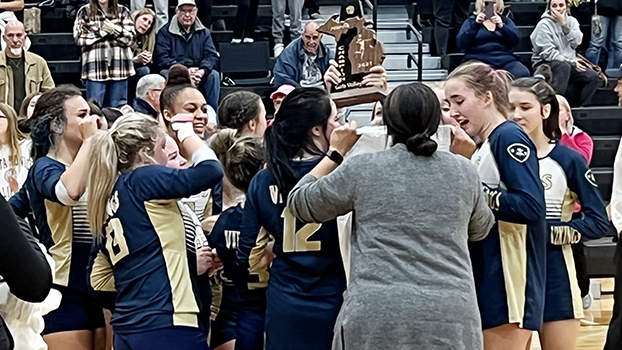 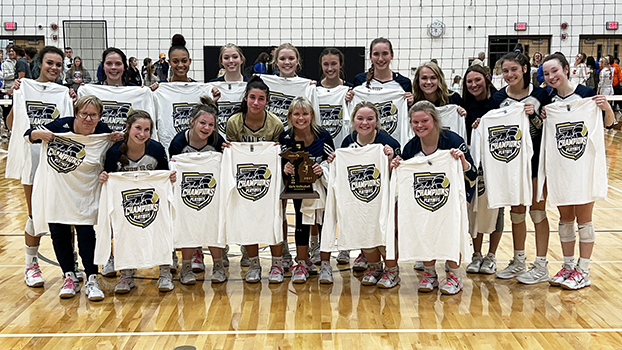 DOWAGIAC — No one ever said that winning a championship would be easy.

Despite a 17-17-4 overall record and the fact that Niles had already defeated them a couple of times during the regular season, the Eddies played some of their best volleyball of the season in defeating Dowagiac in the semifinals, and then pushing the Vikings to five sets Thursday night.

But in the end, it was the energy that Niles plays with night in and night out that was the difference, according to Vikings’ Coach Jenny Nate.

“Whether we were up or down, we just kept our energy levels up and kept focusing in and fighting,” she said. “Throughout the night, we had to figure out which offensive attacks were working for us, and then we had to really go with those — while maintaining a tough defense and putting up the blocks. Our players embraced their roles, and everyone stepped at different times throughout the night to get the job done and finish the match strong.”

The win against the Eddies was extra special for Niles, which had been eliminated by No 19-ranked Edwardsburg the previous three years in the district round. Niles’ other district title came in 2017 when the Vikings advanced to the state quarterfinals before being knocked out of the tournament by Lake Odessa Lakewood.

“I know the rivalry and I know the energy and the passion on both sides,” she said. “You never know what is going to happen with the two of us, but it is always going to be a good game. Sometimes the points swing one way or another, but tonight was just pure adrenaline running through this gym tonight.”

As well as its offense played Thursday night, the defense turned the tide in the fifth set.

Back-to-back blocks gave the Vikings a 7-5 advantage. When senior Emma Beckman knocked down a big kill, Niles led 10-8 and had all the momentum. When the Eddies hit a ball into the net, the Vikings were just two points away from the win, which it claimed when senior Amara Palmer spiked a ball off the Edwardsburg double block that landed out of bounds.

Despite the loss, Edwardsburg Coach Nikki Bush was pleased with the way her team rose to the occasion in the postseason.

“I will take it,” she said. “We ended on a high note, and that is what really matters. I think we got into our heads there at the end and got nervous. They knew those last five points really mattered, and they got nervous. We did great. I wasn’t sure how tonight was going to go. I am so proud of them for the way they showed up and performed.”

Niles was led by senior Marika Ruppart, who finished the night with 15 kills and six blocks. Having been on the wrong end of the previous three district finals, the all-state high jumper was thrilled to win a championship.

“It is amazing, it really is,” she said. “We would not have been able to do it without every girl on this team playing a part. Since we have been freshmen, we have been fighting for this with Edwardsburg. This is a full-circle moment to finally take it back from them.”

Beckman, who ended the night with 24 assists, six kills, three blocks and six digs, said it was all about the desire to win.

“I think it was our energy at the end,” she said. “We wanted all those points at the end so bad. We knew if we didn’t do it that it was the end.”

Palmer said that Nate’s message heading into the final set was simple.

“We need to push it, and we had to talk,” Palmer said. “There is no hesitating. We had to work together and give it everything we had.”

Cadence Knight, who, despite a leg injury, had a team-high 21 digs to go along with five points, a kill and two assists. She knows that the mission will remain the same no matter who the Vikings play next in the regional semifinals.

“We are going to keep practicing like we always have,” she said. “We just have to keep going.”

Niles’ fifth senior, Sydney Schiele, did not make it into the match against the Eddies, but understands that she and everyone one on the Vikings’ roster plays a role in the team’s success.

“It is so fun,” she said. “Especially for all of us, [the five seniors] I have grown up with them. I feel like every single girl matters. We are really like a family. There is no drama. We are so close. You can count on every single girl and our coach.”

For the Eddies, senior Macey Laubach had another big night at the net with 17 kills. Drew Glaser added 10 kills and Liz Pederson nine. Pederson and Glaser also combined for eight blocks.

Niles now advances to the Division 2 Regional, which Vicksburg High School is hosting. The Vikings will take on Wolverine Conference foe Otsego at 7 p.m. Tuesday. Grand Rapids South Christian will face Three Rivers in the other half of the bracket, which is also a Wolverine Conference team. That match is scheduled to begin at 5:30 p.m.