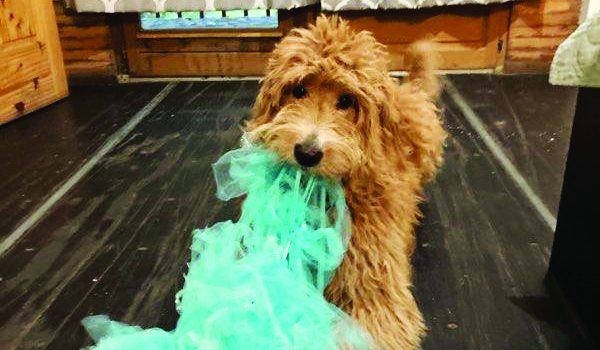 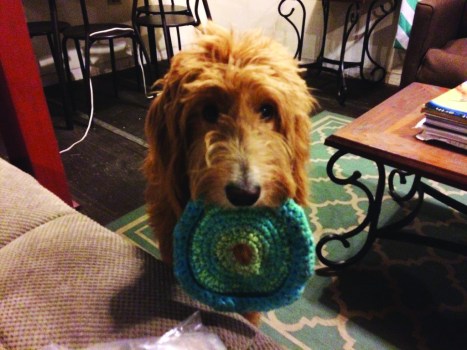 NILES — A local teacher is racing against time to bring her beloved pet home from overseas.

Brittney Gmeiner is working tirelessly to raise money to transport her dog Lucy from Port-au-Prince, Haiti, to the U.S.

Gmeiner, who taught kindergarten at Brandywine Community Schools for seven years, spent the last three years teaching in Haiti before leaving the country two weeks ago due to safety concerns. Several kidnappings have taken place in recent weeks, including the kidnapping of 17 U.S. missionaries by a Haitian gang on Oct. 16.

Due to a change in Centers for Disease Control and Prevention regulations, Gmeiner was unable to bring Lucy with her on the flight home.

The news was devastating to Gmeiner, who sought a dog for safety after living in Haiti for two years.

“A lot of citizens fear dogs,” she said. “If you have a dog, people are more cautious. I didn’t want a dog who was scary, but I wanted a larger, family-friendly dog to act as a deterrent.”

While visiting family in Michigan for Christmas last year, Gmeiner purchased Lucy, a golden labradoodle, before flying back to Haiti. It was love at first sight.

“She has been the biggest blessing ever,” Gmeiner said. “She did a lot of Zoom classes with me last year and is a joy to be around.”

After spending hours contacting airlines asking how she can bring Lucy home, Gmeiner was told she could hire a company from the Dominican Republic to fly Lucy over as cargo, an expensive process with a starting cost of $2,500.

Lucy is currently living safely with friends of Gmeiner’s in Port-au-Prince who stay in close contact with her.

“That has been a blessing,” she said. “We video chat so I can see her. They even bought a crate for her to be flown in.”

While Gmeiner was eventually able to get approval from the CDC to allow Lucy into the U.S., the approval period is only good for four weeks before expiring with no extensions. Gmeiner has roughly two weeks to bring Lucy home before losing her.

“It feels like at every turn, there has been something else,” she said. “It’s a mess out there. I’m praying and working to get her within two weeks.”

As of Friday afternoon, Gmeiner has raised more than $1,300 toward her $2,500 goal via GoFundMe. She is grateful for the support she has received from friends, family and strangers alike.

“It’s been incredible, astounding,” she said. “It’s only been up two days, and we’re more than halfway there. It’s been incredible the number of people sharing and sending messages. They’re praying that Lucy comes home. It’s amazing. It keeps me going.”

Gmeiner urges people to keep Haiti in their thoughts and prayers during a time of sociopolitical upheaval in the country.

“So many families have had to leave Haiti,” she said. “It’s been a blessing to see my students via Zoom. The last time we met in person was almost a month ago. It’s been a lot not being able to see my students and having to leave friends that have become family. But leaving Lucy behind has been the hardest. I’m hoping and praying that she will be home soon.”