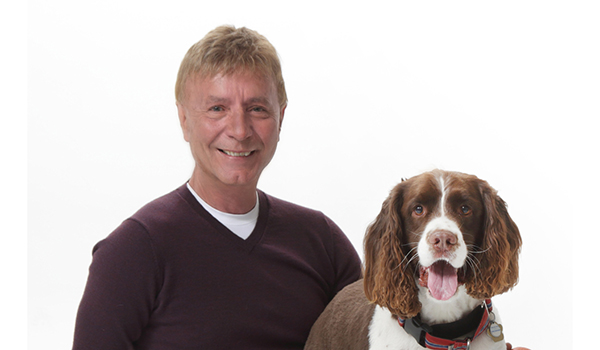 CASSOPOLIS — What do Cassopolis’ Squires Elementary School, a pack of squirrels and one determined dog have in common? They all helped inspire a recently published picture book. 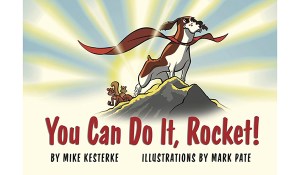 Former Cassopolis educator Mike Kesterke, 68, now of Holland, recently released his first children’s book “You Can Do It Rocket!: Persistence Pays Off!” though Mission Point Press of Traverse City, Michigan. The book is available online through booksellers such as Amazon, Target and Barnes and Noble. The story is illustrated by Brooklyn artist Mark Pate.

“To see this out there is really neat,” Kesterke said. “I never thought I would write a children’s book. It was just something that happened, and it’s a matter of just different things that happened along the way that sparked the idea.”

“You Can Do It Rocket!” was inspired by Kesterke’s own springer spaniel, Rocket. The plot to the book, which follows Rocket’s quest to catch a squirrel, was dreamt up as, one day, Kesterke watched Rocket chase squirrels that retaliated by dropping corn cobs on his head.

“When I told my friends about the squirrels throwing corn cobs at my springer spaniel, they just cracked up,” Kesterke said. “I started thinking this would be a fun story to share with my grandkids — and maybe put it in book form and give it to them as a special gift.”

His grandchildren ended up loving the story, so when one of Kesterke’s friends suggested he publish the book, Kesterke decided to do just that.

Though “You Can Do It, Rocket!” is Kesterke’s first children’s book, he said he felt confident in writing it due to his 33 years spent in elementary education, 13 of which were spent in Cassopolis as both a teacher and principal at Squires Elementary School.

“I think my background kind of innately prepared me for something like this,” he said. “Over that many years, you really get to know kids and how to connect with them. As a teacher, you try a lot of ways to teach things to kids to help them connect, and one thing I have noticed about this dog, in particular, is that everywhere I go, kids just melt when they see him. I thought, ‘wow, Rocket may be a way weave some of these big ideas.’”

Kesterke’s book contains themes of perseverance, goal setting and how to overcome obstacles, and he believes that reading about and connecting with a character such as Rocket can help instill those lessons in children early.

“I’m doing this to promote reading in kids,” he said. “When kids read, they become better academically, so I really hope they enjoy it.”

As his book hits shelves, Kesterke said he is happy to have the support of his former Cassopolis community behind him.

“Cassopolis meant so much to me and my career,” he said. “Cassopolis is a wonderful community, and the years that I spent there were just so valuable. … I hope some of my old friends will see the book and read it.”