Eddies, Vikings square off once again for a championship 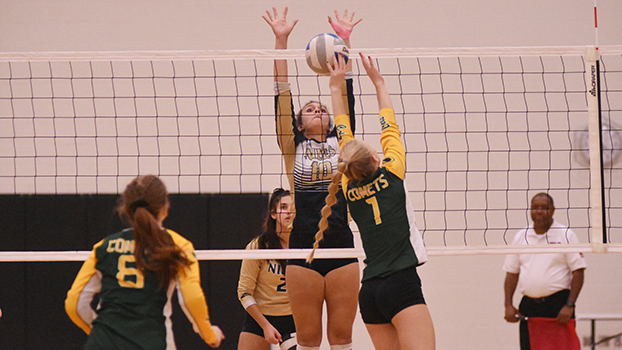 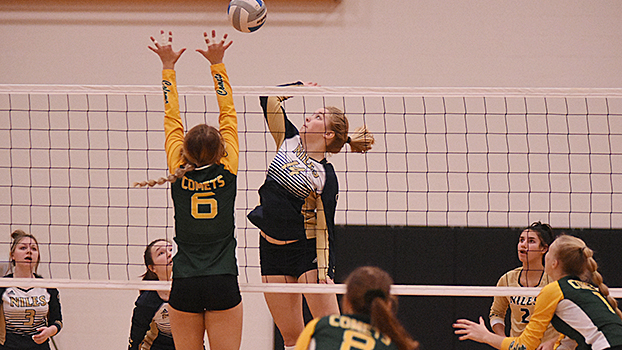 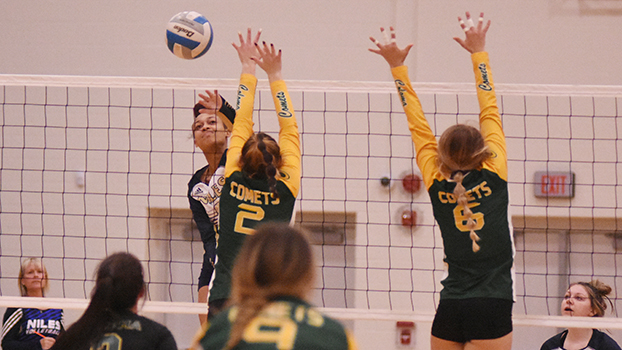 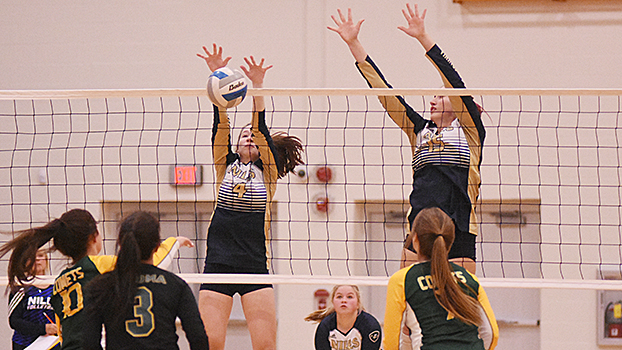 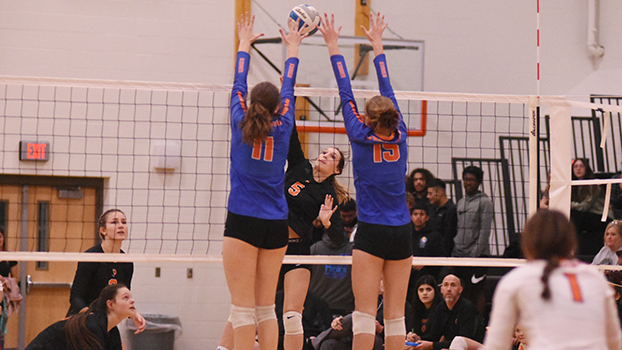 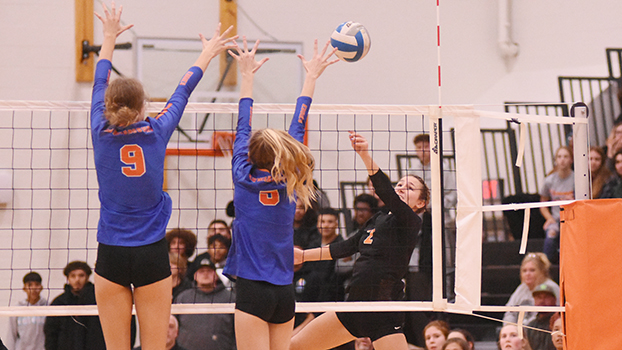 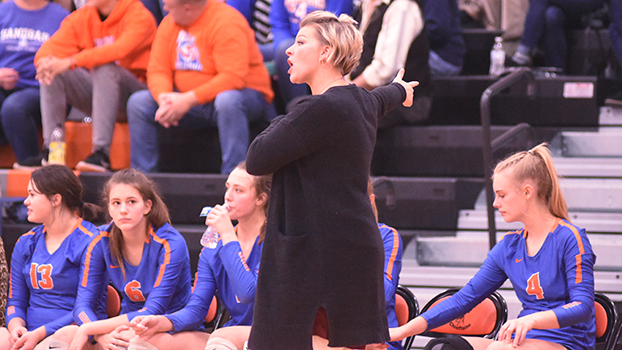 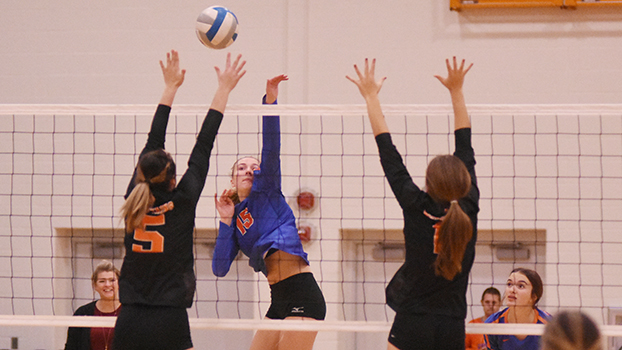 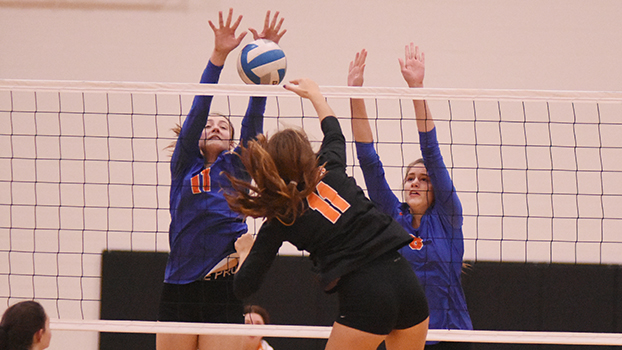 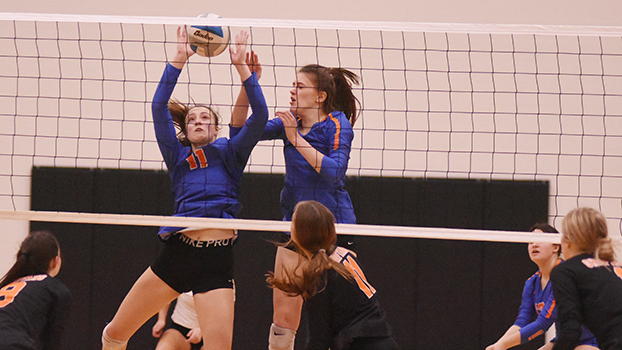 DOWAGIAC — For the fourth time in five years, the Edwardsburg and Niles volleyball teams will meet for a championship.

The Eddies and the Vikings met for either a district or regional championship in three of those years. The two teams squared off in the district semifinals in 2019. Edwardsburg is looking for its fifth consecutive championship. The Eddies reached the Division 2 state quarterfinals last year before being knocked out by Grand Rapids Christian 3-0.

Niles won the district championship at South Haven in 2017 on its way to the Class B state quarterfinals, where it was defeated by Lake Odessa Lakewood 3-2. The Eddies won the Three Rivers district, but lost to Hamilton in the regional championship match 3-2.

The Vikings defeated the Eddies in the regional semifinals in 2017 3-2.

“Put the pedal to the metal and keep pushing,” said Edwardsburg Coach Nikki Bush after her team again took a 2-0 lead on Dowagiac.

And her message after the Chieftains won the third set?

“You guys left the car and walked away,” Bush said she told her team.

The Eddies regrouped between the third and fourth sets, refocused, and despite a strong effort by Dowagiac to square the match, was able to put the Chieftains away and advance to the finals.

Bush is hoping the momentum her team gained by winning its semifinal match will carry over.

“It is going to be a dog fight,” she said. “It is our own mind games. It is what happened in that third game. We just shut down. That will be the difference tomorrow. Can we step up and keep our mental attitude up?”

Macey Laubach had a big night for the Eddies as she finished with 15 kills and 18 digs. Drew Glaser added 12 kills, while Ava Meek and Lexi Schimpa added 11 and 10 digs, respectively. Schimpa also had three aces and 28 assists. Meek had a pair of aces.

Niles was all business in its win over Coloma. Veteran Vikings Coach Jenny Nate and her squad were not about to overlook the Comets and toward a possible rematch with either Dowagiac or Niles.

Nate said she did not see anything new from the Eddies from an Xs and Os perspective.

Nate was happy with how her team came out and took care of business.

“Tonight, we needed to come out, we have to play fast, hard and clean,” she said. “We had to play our ball no matter what the tempo became. I thought we did a good job of that.”

Niles dominated in all three phases of the match — offense, defense and serving — with seniors Amara Palmer and Marika Ruppart, and junior Jillian Bruckner leading the way at the net.

Senior Cadence Knight, who continues to work through a leg injury, led Niles with 12 digs. She also had seven points and four aces. Sophomore Amelia Florkowski added 11 digs and 10 points, while Emma Beckman, another of the Niles seniors, ended the match with 11 points, four kills, five digs and a block. She also had a team-high 13 assists.

Dowagiac ends its season at 25-14-6. It was a season of firsts for the Chieftains under Coach Tony Hooley.

Dowagiac defeated Vicksburg, Plainwell and Edwardsburg for the first time since joining the Wolverine Conference. The Chieftains also recorded their highest finish in the league as they finished sixth with a 5-4 record.

Hooley was pleased with the way his team competed Wednesday night. He was disappointed in the final outcome, especially for his senior class.

“It is always tough to watch your seniors play for the last time,” he said. “Our seniors were instrumental in changing the culture of our program physically, mentally and emotionally. They were great players and leaders.”

“We did not play particularly well in the first two sets, but then we kind of calmed down,” Hooley said. “We got them on their heels, but then they calmed down. They were playing really well tonight. Their block is so tough on us for our size.”

Hooley said that their hitters were also tough to deal with, but his team started to play with heart those final two sets and made a match out of it.

“We started scoring points just by being scrappy and hustling,” he said. “We just never gave up. That is the trademark of this team.”