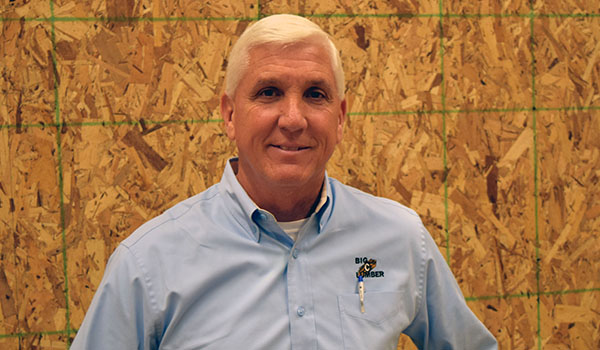 DOWAGIAC — Building trades opportunities are “10 times better” today than when he entered the industry 40 years ago, said President and CEO Bill Wallace of Big C Lumber, which is celebrating its 100th anniversary.

“Forty years ago, I was sitting where you are without a clue to what I wanted to do,” said Wallace, a 1979 Hartford High School graduate.

“In 1984, there was an opportunity in the building material industry that didn’t exist prior,” Wallace said. “Interest rates were 18 percent, compared to 3 percent now, so nobody built anything for years. There was a huge housing void. The person I interviewed with urged me to join the lumber business, work hard, and I could grow with the industry. I spent 20 years with that company, then 20 years ago, joined Big C.”

“Opportunity exists today like never before. Housing demand is high and supply is low” in the wake of “one of the worst housing recessions this country’s ever seen,” Wallace said.

“Most importantly, Millennials, the largest demographic at 72 million ages 25-40, are just now entering the family and home ownership stages of their lives,” Wallace said. “Everybody’s hiring because of a labor shortage, but we’ve been hiring as many as we can for seven or eight years. A lot of people got out of our business during the recession. Many didn’t come back.”

“The housing recession started in 2006-07,” Wallace said. “We need 1.5 million housing starts every year to keep up with demand. We haven’t done that in probably 14 years, so there is a huge backlog of houses that need to be built just to catch up. We may get to 1.5 million this year, but that’s just maintaining for 2020-21. We’ve got a long way to go, so there’s an opportunity for a run of remodeling and new construction like I’ve never seen. I’d love to be sitting in your seats to take advantage of what’s ahead.”

“To add insult to injury,” Wallace said, “after COVID hit, searches for new homes jumped 20 to 40 percent, partially because more people are allowed to work from home. We saw a huge influx of people from the Chicago area abandoning the big city, coming to Michigan and building new houses or remodeling lake houses. Where eight to nine months’ supply was normal, we have two to three months. Existing houses listed for sale, you better be ready to move because demand is high, inventory low. Prices are going up dramatically. Builder confidence is at an all-time high because commercial and residential construction are on fire.”

“Every community was sold out of open lots and taking orders for houses to be built in 2023 — and they’re almost sold out of those. That’s how far behind they are. We don’t have the highs and lows of big cities around here, but demand is equally strong,” he said.

“We stopped looking for qualified people and hire for attitude. Southwestern Michigan College has a great program to teach construction from the ground up,” said Wallace, accompanied by 2018 SMC graduate Shawnee Gunnett from Lawton, “who’s been great for us. We’re utilizing summer interns to hire the right people and getting into the community with Habitat for Humanity.”

“This business is recession-proof because people always need places to live,” Wallace said. “Twenty-five percent of our employees — 80 people — are over 60. I started in the yard, loading lumber and learned the business from the ground up.”

“You’re building your brand,” Wallace cautioned students. “Be careful what you post on social media. Whatever you put out there is forever. It’s the first thing employers check before extending job offers. As desperate as we are for people, we don’t want drama.”