SMC heading back to NJCAA National Championships after 26 years 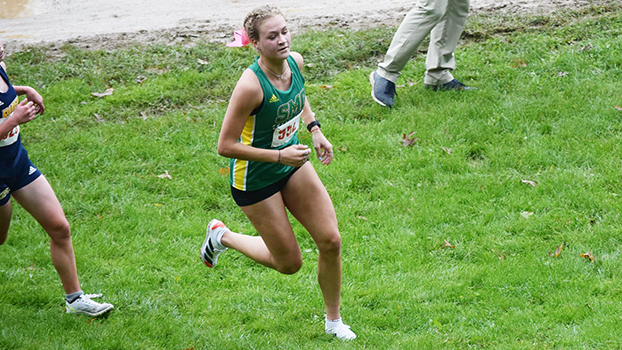 DOWAGIAC — For the first time in more than two decades, the Southwestern Michigan College men’s and women’s cross country teams are headed back to the NJCAA National Championships.

The Roadrunners, who revived their cross country program after a 25-year hiatus, finished fourth at the Michigan Community College Athletic Association/NJCAA Region XII Championships in Lansing on Saturday.

Grand Rapids’ Coleman Clark was the individual champion with a time of 25:56.

It was the same order of finish in the women’s race as Lansing won the team championship with 19 points, while Grand Rapids was second (48), St. Clair County third (85) and SMC fourth (115).

Lansing’s Haley Ellis was the women’s individual champion with a time of 19:18 on the Grand Woods Park course.

The Roadrunners were led by Ava Hart, of Oak Park, Illinois, who finished 13th overall with a time of 20:58. Bailee Shambaugh, of Mishawaka, Indiana, was 19th with a time of 21:45.

SMC will now begin preparing for the nationals at Pole Green Park in Richmond, Virginia, Nov. 13.

Kurt Bussell (1981) and John Roscoe (1972) are the only two Roadrunners to win individual national championships.

In all, SMC has earned 24 top 10 finishes at the NJCAA National Championships. Its last appearance at the national finals came in 1995.