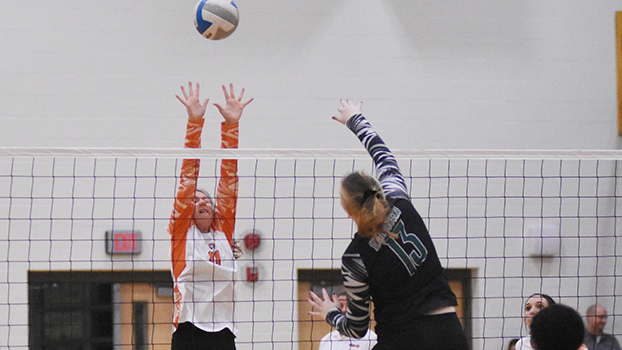 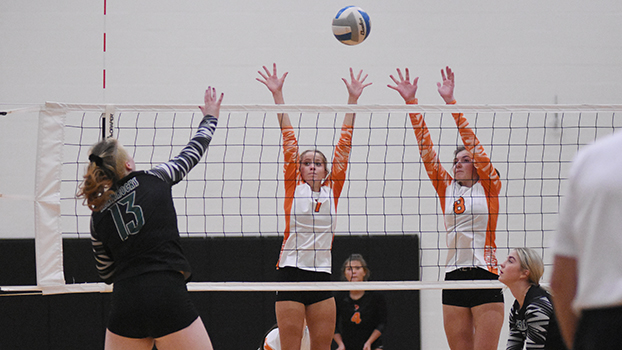 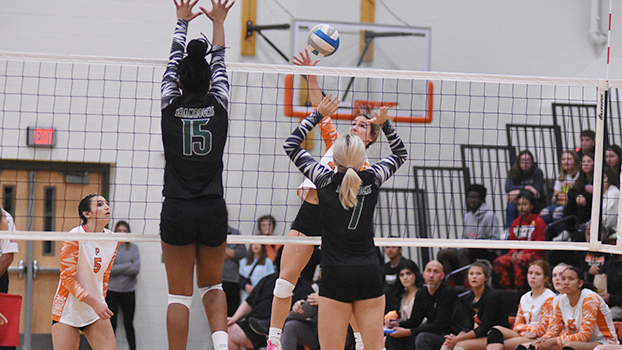 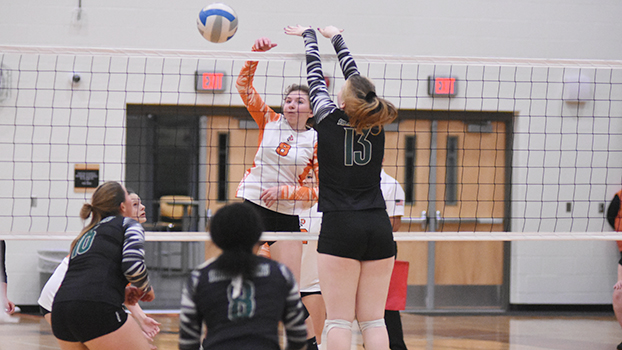 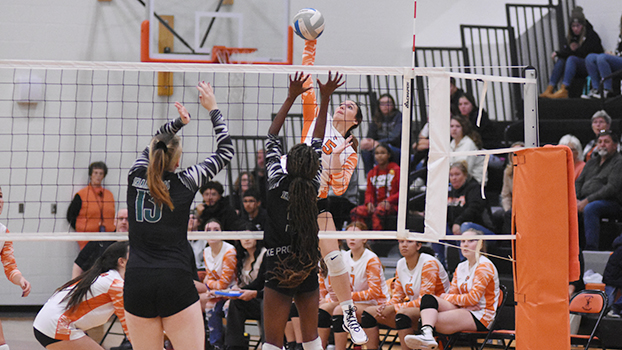 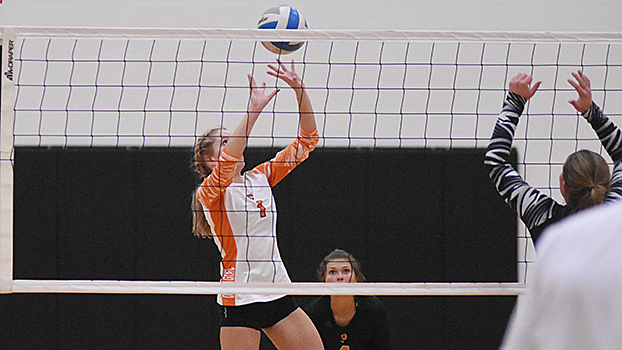 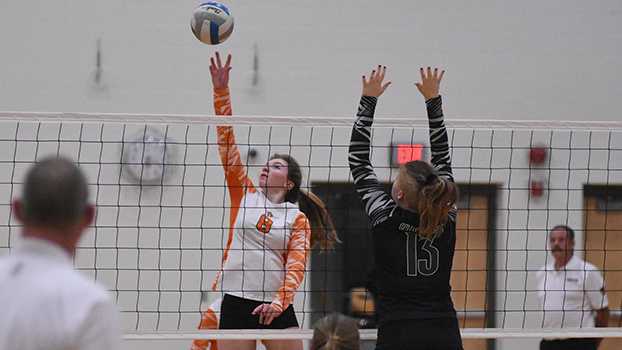 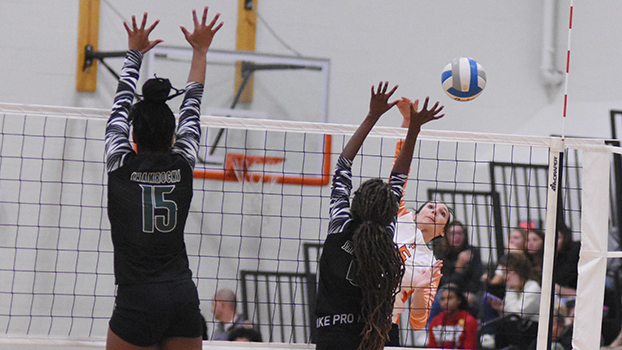 DOWAGIAC — While Dowagiac did not play its best volleyball in the Division 2 District opener Monday night, the Chieftains played well enough to advance to Wednesday’s semifinals.

Dowagiac, which is hosting the district tournament, blanked Berrien Springs 3-0 to move on to the next round, where it will face Wolverine Conference foe Edwardsburg Wednesday, a team it defeated during the regular season 3-2.

Veteran Dowagiac Coach Tony Hooley said the team may have been a little nervous in its postseason opener and coming off a holiday weekend.

“A Monday night match after a Halloween holiday weekend probably had a little something to do with our erratic performance, but the ladies had the skills and aggressiveness to push through it and take the win,” he said.

The second set went back and forth up to a 12-12 tie. From that point, Dowagiac (25-13-6) ran off four consecutive points to open up a 16-12 advantage, forcing Berrien Springs into a time out. The Chieftains outscored the Shamrocks 9-4 following the time out to win the second set 25-16.

Facing elimination, Berrien Springs started quickly in the third set, but once Dowagiac caught up at 5-5, the momentum shifted to the Chieftains. The tie score quickly became a 9-5 advantage for Dowagiac, which increased its lead to 20-11 forcing one final time out by the Shamrocks.

Berrien Springs had no answers for the Chieftains and fell 25-18.

“We need to get into the gym tomorrow [Tuesday] and clean up some things,” Hooley said about preparing for the rematch with Edwardsburg. “Our outside hitters were off a little bit even when they were scoring. They were hitting off the side of the ball instead of on top of it.”

One of the keys against the Eddies will be serve-receive. In the first meeting, Dowagiac did a good job of receiving the serves and getting into their offense. Monday night against Berrien Springs, the Chieftains were not as consistent as they would need to be in the semifinals.

“At times, we were on tonight, and at times we were off,” Hooley said. “We will need to play much cleaner. Our setters will have to be sharper as well. They were a little all over the place, even on good passes. Edwardsburg is a very good team and will be looking to avenge their loss to us a couple of weeks ago.”

Dowagiac and Edwardsburg will play in the second semifinal Wednesday. That match is scheduled to begin at approximately 7 p.m.

Niles will take on Coloma, a 3-1 winner against Benton Harbor Monday, in the first semifinal at 5 p.m.