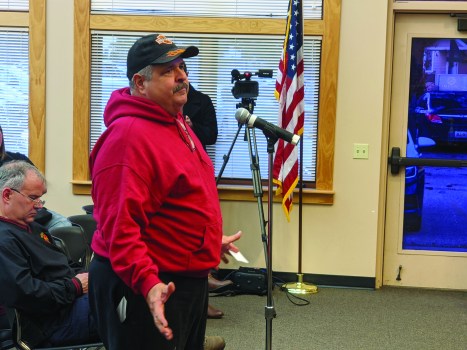 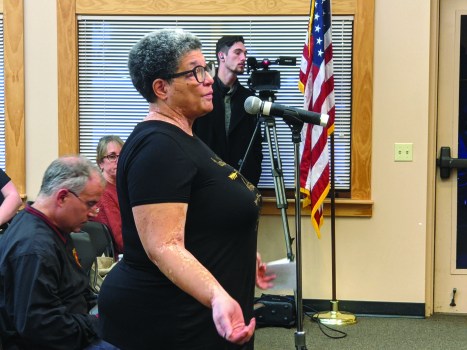 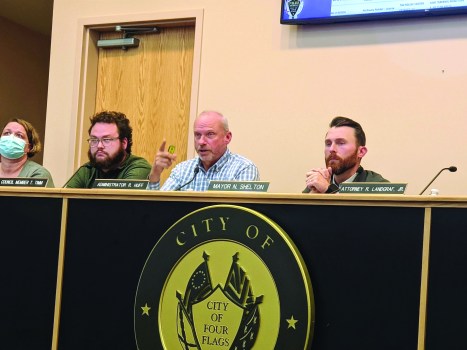 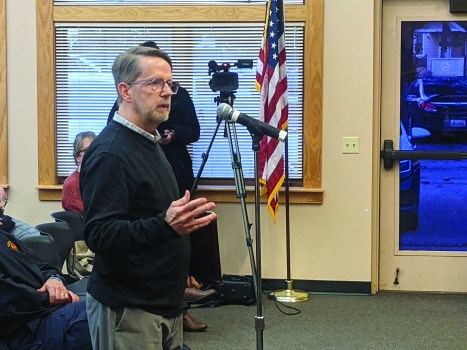 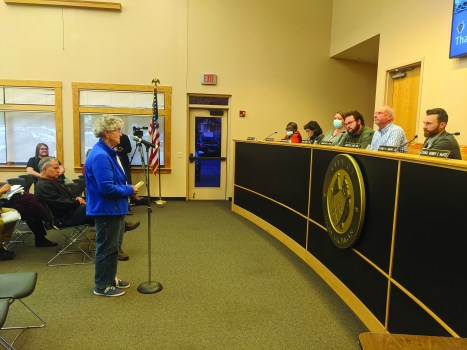 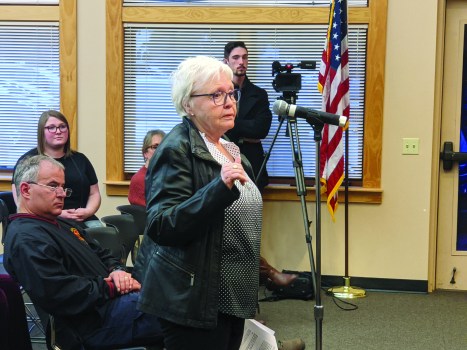 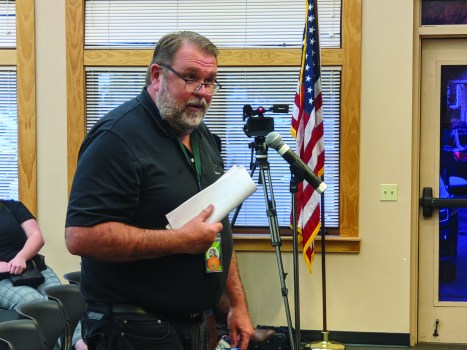 NILES — Residents and business owners in the city of Niles were given the opportunity to hash out their opinions Monday evening regarding the cannabis industry and whether or not it has a place in downtown.

The Niles City Council hosted a special meeting at the City of Niles Fire Department, 1345 E. Main St., to gather public input regarding cannabis facilities in the downtown sector of the city.

The meeting came following a vote by the Downtown Development Authority in September to recommend the city consider allowing two dispensaries in Niles’ downtown corridor. At an Oct. 11 committee of the whole meeting, Mayor Nick Shelton said the city would host several discussions on the topic before the city council came to a decision.

After roughly an hour of public comments, Shelton commended those in attendance for the civil discourse displayed during the forum.

“Thank you very much for following the guidelines,” he said. “Thank you so much for your feedback. It’s very important that the city council hears from you.”

City Administrator Ric Huff provided members in attendance with a short presentation of the current state of the Niles cannabis industry. According to Huff, there is a maximum of four provisioning center licenses available in the city. Currently, two provisioning centers — Native Michigan Remedies, 2112 Industrial Dr., and Green Stem Provisioning, 1140 S. 11th St. Ste. A — are operational, and two more centers have provisional licenses, meaning they are not open yet but are expected to be operational within six months.

Under current city ordinances and zoning regulations, no dispensaries are allowed downtown. The 1,000-foot restriction from libraries and schools would still prohibit cannabis activity in the business district. If the city were to proceed with the cannabis facilities, the city would have to reduce or remove the restriction through a local ordinance.

During Monday’s meeting, 17 public comments were taken, with opinions on the matter roughly split down the middle.

Some speakers argued that provisioning centers downtown would increase foot traffic for other retail businesses downtown.

“I just think there are more positive things here than most people are really looking at,” said Jim Morris, owner of Jim’s Smokin’ Cafe in downtown Niles. “The people who are coming in are bringing their families and then they’re staying at a hotel, and they’re checking other things out around town. So there are larger groups of people here that can benefit.”

Other speakers were against provisioning centers, believing cannabis would negatively impact the youth.

“I grew up in the city,” said Madeline Crocker-Alford, of Niles. “I had grandkids grow up in the city, and now I have great-grandkids growing up in the city. I don’t want to see these kids in a city that has more drugs than they even have bars. If I take my child to a bar, they can eat. If I take them to a provisional center, there’s nothing. We need to be putting effort into doing something to keep these kids active, not destroying their minds. … It’s bad enough to have the bars right next to you, but to have drugs? That’s crazy.”

“I know it sounds cliche, but the kids are our future of this town,” added Chance Smith, co-owner of The Rage on Front Street. “I’m looking down the road for the next five to 10 years of Niles and beyond. Our response from just the two [family friendly events hosted by Uptown Notion] we’ve had has shown me that our main focus should be the parents and the kids that they’re raising in this town. I want these kids to have a reason to stay in Niles and raise their kids here because of all the great shops, events, sceneries and memories that this great town gave them. That’s why the future of Niles depends on this.”

In response, Niles resident Mathew Heckaman said he moved to Michigan from Indiana to take advantage of the state’s marijuana laws after being arrested seven times for possession of less than one gram of cannabis. While he has no business interest in downtown, Heckaman believes cannabis businesses downtown would not negatively impact children but instead could be a positive.

“We need to educate [children],” he said. “We need to teach them [cannabis] is a tool for economic development, a tool for pain relief and a tool for enjoyment just like alcohol. If we allow alcohol downtown, I think we should allow cannabis downtown as well.”

Niles resident Fredda Zeiter said she is against provisioning centers and is unsure of the economic impact they would bring downtown.

“I don’t think we have the information about the cost to the city, the financials and the employment impact to know whether this is a going institution,” she said. “Therefore, I don’t want to see us increasing the quantity of them.”

On the other side of the issue, Native Michigan Remedies Chief Flower Officer William Haas spoke at the forum about the positive economic impact the cannabis industry is having on the city.

“I believe cannabis in both Niles and Buchanan is the number one employer,” he said. “We’re bringing tax revenue and bringing something like this downtown. It’s really up to the city, the state and the building owners. … Why single out cannabis companies because they’re cannabis? You’re bringing this to legitimacy. This is no longer the black market. We’re driving the flat market out of here.”

Niles resident Judy Woodson was the final speaker of the night and urged the council to proceed with caution regarding its decision.

“I do not want the city of Niles to become Marijuana City, Michigan,” Woodson said. “I don’t think it’s healthy if you let anybody with a pocket full of money come in here and open up shop. … I’m all for Niles being successful, but let’s move cautiously. Let’s find out what the [federal government] is going to do and let’s not be stuck holding any more bad buildings or bags than we have to.”