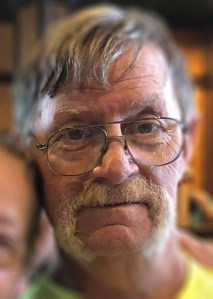 A New Year baby, Donald was the first baby born in Niles on Jan. 1, 1955. His parents were the late Donald J. and Elvira Riley Sr.

He was preceded in death by his father, Donald Sr., in 1972, mother, Elvira, in 1995, an infant son, Edward Cooper Riley, and sisters Eldonna, Mary, and Sally.

Don was married to Pauline Riley, who survives.

Donald followed in his father’s footsteps and spent most of his career as a truck driver, most recently working with Brusky Trucking, in Niles.

He attended Brandywine Public Schools before enlisting in the U.S. Army.

In his spare time, he enjoyed fishing and watching wrestling and “Investigation Discovery” on the Discovery Channel. He and Pauline also enjoyed going to the casino together.

He is also survived by a son, Michael (Amy), and daughter, Ashley, of Mississippi; grandchildren Brittney Rose, Adrian Nichol, Dylan, Korynne, and Maddy (Michael Eddy); two sisters, LouAnn, of South Bend, and Sandy, of Niles, and a brother, Gerald, of Niles. Numerous nieces, nephews, great-nieces and nephews, whom he loved dearly, also survive.

In keeping with Don’s wishes, private services will be held.