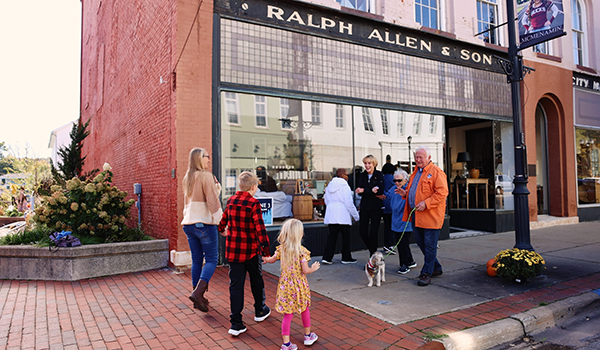 BUCHANAN — Prior to Jan. 1, there was not a new housing start in the city of Buchanan in more than two years. That has changed and in a big way, according to Buchanan Community Development Director Rich Murphy.

Murphy confirmed that the construction of one new home was completed earlier this summer and that just this week his office approved four new building permits for new homes to be built within Buchanan city limits totaling over $1 million in investment.

The uptick in investment is not limited to residential development. Murphy also cited three new commercial starts this month that are set to open near downtown Buchanan.

“Old industrial corridors right next to Downtown Buchanan that have been vacant for decades are filling up with new good-paying high-tech jobs from the growing and processing cannabis sectors,” Murphy said.

Each of the new starts will create 10-15 new jobs and the total investment of the three projects is more than $1 million.

“This is real-time investment, real dollars, real jobs coming to Buchanan. This is momentum we can build on. Moreover, the people that are starting these companies are young entrepreneurs who are investing everything they have into Buchanan. It’s great to be a part of what’s happening here now,” Murphy said.

Buchanan leaders believe that the city is at a tipping point.

“I believe the market has awakened to opportunities here in a way that has not happened in a long time and that this is the beginning of a long-term trend,” Mayor Sean Denison said on Friday. “We have a solid foundation that we can build on,” he said.

Some attribute the recent economic success to an important community engagement project that spanned the first several months of this year. A partnership between the city of Buchanan and Andrews University School of Architecture and Design challenged the community to reimagine development opportunities in Buchanan that culminated in A Vision for Buchanan, a menu of redevelopment opportunities with site plans and concepts that bring together compelling photo model renderings that were built on community consensus. Buchanan is using this as a marketing tool to engage investors and developers to be a part of the next wave of redevelopment in Buchanan. And it appears to be working, officials said.

“The Andrews University project captures the spirit of our community coming together to forge A Vision for Buchanan and also tells a compelling story about one of the great small American towns that is actively working to make a comeback,” Murphy said on Friday. “Some say that Buchanan is a bit off the beaten path. We think that what’s so great about Buchanan,” he said. Murphy says he is surprised on a daily basis on the great array of assets that are offered by this small town.”

The entire project work including renderings and redevelopment concepts for the Andrews University-Buchanan project, A Vision for Buchanan, can be seen at nicestplacetowalk.com.