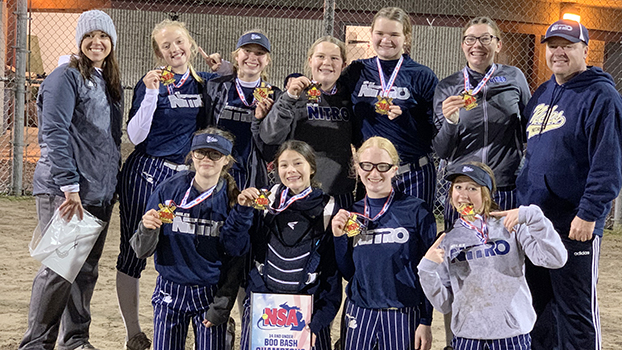 NILES — The Niles Nitro 14U travel softball team finished up its fall season last weekend in Potterville by winning the Boo Bash championship with a 5-0 record.

In pool play on Saturday, the Nitro beat the Owosso Fastpitch 14U 11-3 and the Michigan Sabercats 11-2. With two pool wins, the Nitro earned the No. 1 seed from its pool to start bracket play on Sunday.

In bracket play, Niles defeated Inter-Lakes Pride 14U 14-0 and then beat Michigan Impact 14U 13-6 in the semifinals to set up a rematch with the Sabercats. In the championship final, the Nitro beat the Sabercats 7-3.

For the fall season, Niles played in two tournaments and finished with a record of 9-1 with a runner-up finish and a championship finish.

The team consists of players from Dowagiac, Hartford, Decatur, Granger and Middlebury.