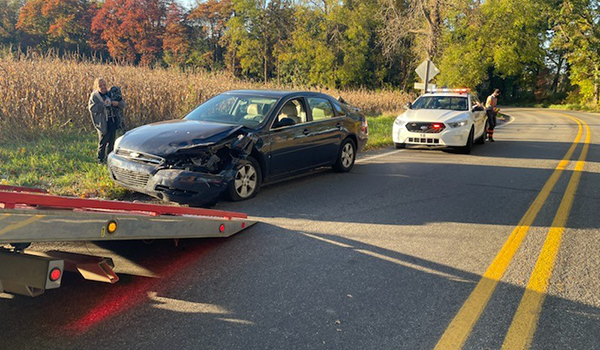 JEFFERSON TOWNSHIP — A Dowagiac woman was sent to the hospital after she and an Edwardsburg woman collided in a Jefferson Township crash, according to the Cass County Sheriff’s Office.

Sheriff Richard Behnke reported that his office responded to the area of Dailey Road north of Coulter Street in Jefferson Township for a reported two-vehicle crash.

Greenleaf was transported to the hospital by Pride Care EMS for minor injuries sustained in the accident.

Deputies were assisted at the scene by Pride Care EMS.