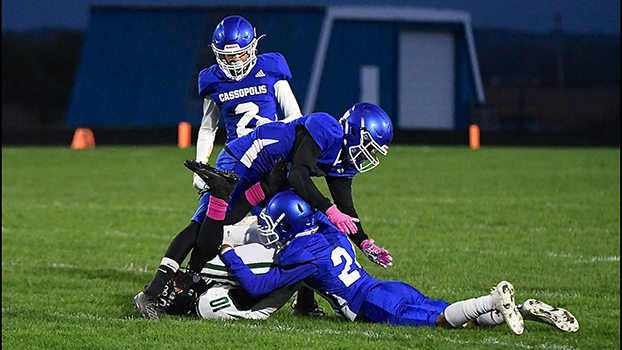 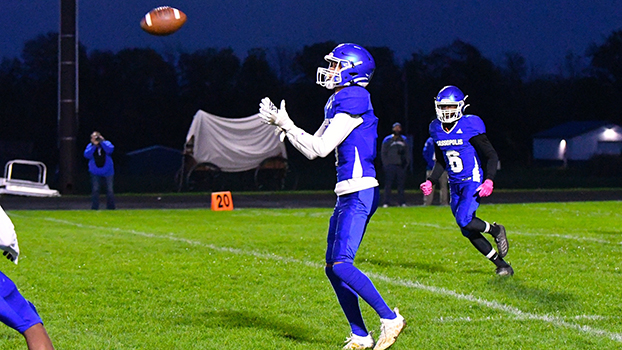 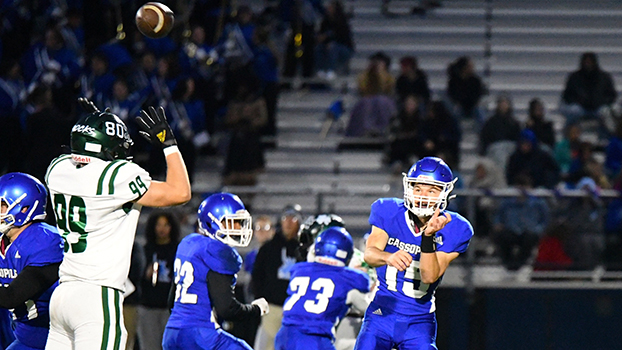 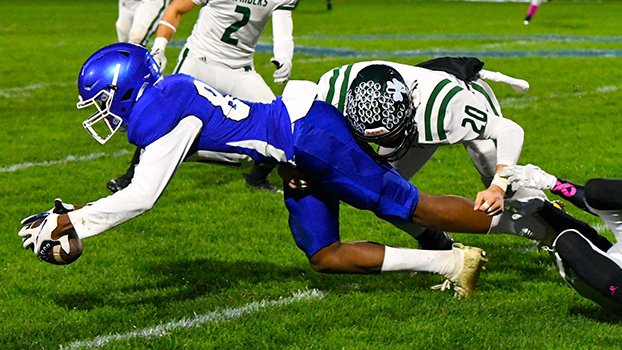 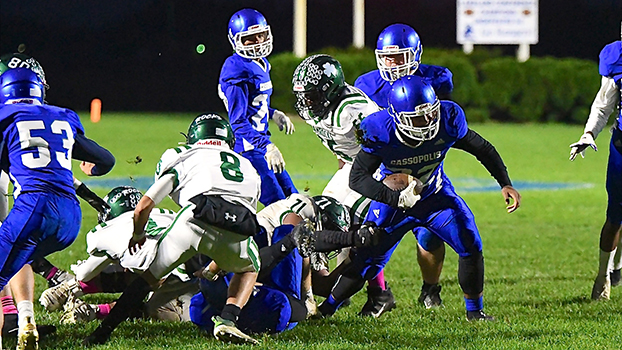 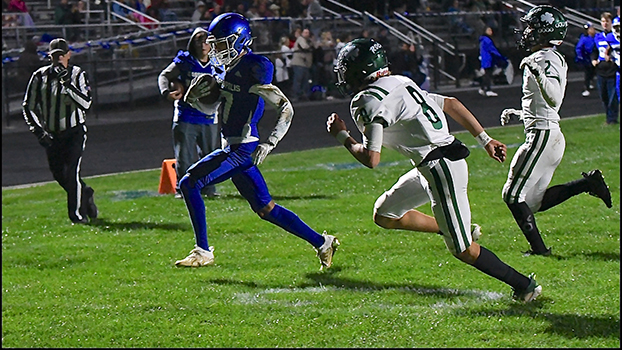 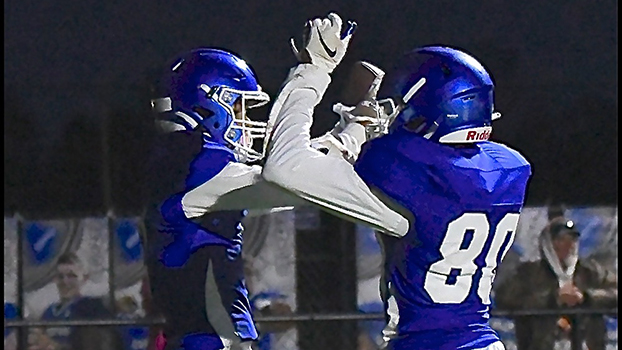 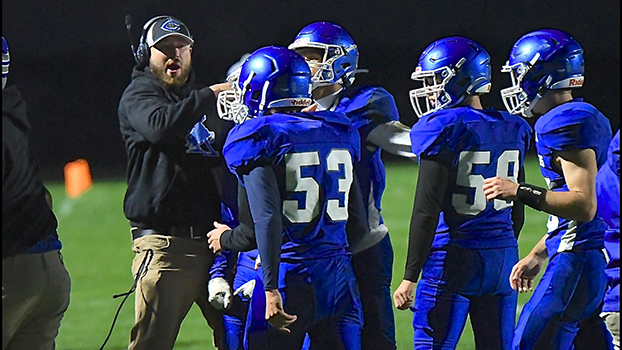 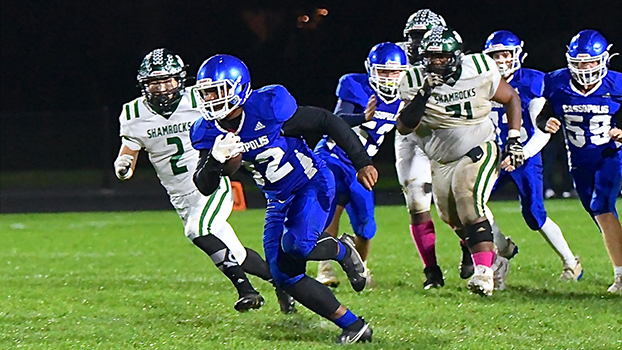 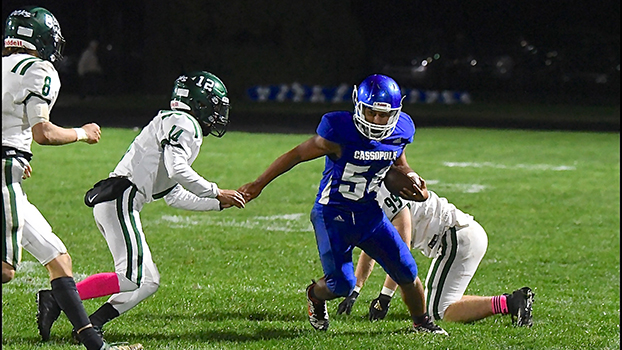 CASSOPOLIS — The Cassopolis football team will be watching the MHSAA Selection Sunday Show with a bit more anticipation after losing its season finale on Senior Night at William F. Scott field Friday.

Berrien Springs powered its way to a 48-8 victory behind 372 team rushing yards.

Rangers Coach Steve Green said his team can learn from this as they head toward a possible playoff berth despite the lopsided loss.

“If we do make the playoffs, what we take out of this is that we played with them for a half,” Green said. “They’re an undefeated football team, they’re pretty good. They just wore us down upfront, and in the second half, it showed.”

Shamrocks running back Jamal Hailey, a Western Michigan University commit, was a big reason why his team wore down the Rangers, rushing 22 times for 245 yards and two touchdowns. Both of his scoring runs were over 40 yards, which put the game away early in the second half.

“I’ve been watching him in track for the last three years, so I knew what kind of speed he has,” Green said, of Hailey, who finished second in the 100-meter race at the Division 2 state final in June. “He’s one of the top runners in the state, but I thought we bottled him up pretty good for the most part.

Senior Daishean Jamison led the Rangers with eight carries for 44 yards and the team’s only touchdown, which was set up by acrobatic third-down catches by senior R.J. Drews and freshman Jaden Ivery. Senior Collin Bogue completed a pass to Drews for the 2-point conversion.

Senior Jermaine Williams added 11 rushes for 32 yards for the Rangers, who were held to less than 100 yards of offense and turned the ball over four times.

“I told them we have to play perfect football to be able to hang with a team like this,” said Green, of his team’s execution. “I thought we did in the first quarter. That’s about as well as we can play. But we need it for four quarters.”

During the game, Drews and fellow senior Reggie Hart, exited with injuries.

“Reggie’s may be serious. Hopefully, we can get him back,” Green said. “R.J. I think will be fine going into next week.”

The Rangers honored their 11 seniors prior to the game, and whether they are in or out of the playoffs, Green said he has already spoken with the seniors about what they’ve meant to the program.

“Football’s not easy or everyone would do it,” he said. “I just thanked them as much as I can and let them know this is a lifetime friendship they have with the coaching staff and with each other, and they’re really going to appreciate it.”

The MHSAA Selection Sunday Show airs at 5:30 p.m. on Bally Sports Detroit, but Green ultimately thinks his team did enough to be selected.

“We feel like we’re in,” Green said. “We could get leap-frogged, of course, but losing to a Division 5 team certainly doesn’t hurt us.”

Coming into the game, Cassopolis was ranked No. 27 in playoff points, and as of Friday night, they had moved up to No. 23, according to the MHSAA playoff point summary. The top 32 teams in each division make the playoffs.