SHELTON: Response to a citizen’s questions to city leaders

Editor’s Note: These answers were compiled with input from City Administrator Ric Huff.

Niles Mayor Nick Shelton has offered the following response to a list of questions submitted as a letter to the editor by Niles resident Jeanne Watson. 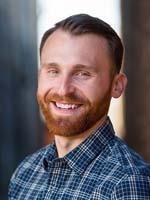 Isn’t the City of Niles breaking Federal Laws by allowing the growing and sale of medical and recreational marijuana?

SHELTON: This is a good question for a legal expert in state and federal law. The City of Niles is not able to respond to the legal aspects of this interaction between state and federal law. The State of Michigan has taken the position that the State has the right to establish and enforce laws controlling marijuana as long as the activity is within the state. mpp.org/issues/legalization/state-marijuana-regulation-laws-are-not-preempted-by-federal-law

Isn’t it true that a marijuana business is not allowed to have bank accounts or credit cards because banks are federally regulated and these businesses are in violation of federal drug laws?

Where do these businesses

SHELTON: Like most people who have cash on hand, they don’t advertise where they keep it.

Do the growers and dispensaries pay taxes?   Do they contribute to social security, federal unemployment, state unemployment, and property taxes? How are these businesses audited without banking records?  If they pay, do they pay these things…..in cash?

SHELTON: They do pay taxes. They pay property taxes, and in some cases, excise taxes on their products. They are required to pay employment taxes on their employees just like any other business. The State of Michigan has established a marijuana tracking and financial system for the marijuana industry. The Michigan Marijuana Regulatory Agency can share details about their requirements. Many people still pay for things in cash but there are banks and credit unions that will assist marijuana businesses with their financial transactions.

Why shouldn’t federal regulations apply to the production and sale of marijuana?  The production of pharmaceuticals, alcohol and cigarettes are regulated for safety. By establishing federal oversight of the industry, the revenue from marijuana would help the nation and all 50 States.

SHELTON: This is a good question for federal legislative representatives.

Within this past month in Michigan, a large batch of contaminated marijuana has been recalled. What happens if people are hurt, especially people using medical marijuana?  Who will be held responsible for such accidents? The State, the City, or the grower without a bank account?

How is the City of Niles (exact revenue) benefiting from marijuana the establishments?

SHELTON: Exact revenue cannot be predetermined from year to year. However, the City of Niles received $56,002.42 last fiscal year from the State of Michigan’s collection of the provisioning center excise tax. This money was deposited into the City’s general fund.  The businesses or their landlords pay property taxes in some cases on new construction in the City and in other cases on improved properties, both of which increase property tax revenue. Provisioning centers pay an excise tax to the State of Michigan that is redistributed to many jurisdictions based on a formula. This is a constant moving target as it is based on sales, the number of provisioning centers, and funds captured by the State to recover their costs associated with the program. The last disbursement occurred in March 2021, and Michigan municipalities that opted in received $28,001.32 for each adult-use marijuana provisioning center or microbusiness operational in 2020.

If there is no financial benefit, why is the city council approving these businesses?

Is it true that marijuana growers bought the old Simplicity Pattern Building, and have subsequently abandoned it?

SHELTON: This is not accurate. The building is owned by a property investor.

SHELTON: The opposite is true. Millions of dollars have been invested in the building over the past three years.

If the owners of the building won’t pay for demolition, will the city pay for it?

SHELTON: The city does not have an obligation to demolish industrial sites.

What if that happens with proposed derelict property on Main Street?

SHELTON: There is a process through the court system to hold property owners accountable for the condition of their property.

Does the uptick in crime and shootings in Niles coincide with the growth of the of the marijuana industry here?

SHELTON: The recent incidents in Niles are not connected to licensed marijuana businesses.

To date, the police department does not have any indication of increased crime associated with licensed marijuana businesses.

What are the statistics?

Doesn’t it make sense to support federalizing the marijuana industry?  Such a bill has passed through the US House of Representatives and is awaiting approval of the Senate.

SHELTON: This is another good question for federal representatives.