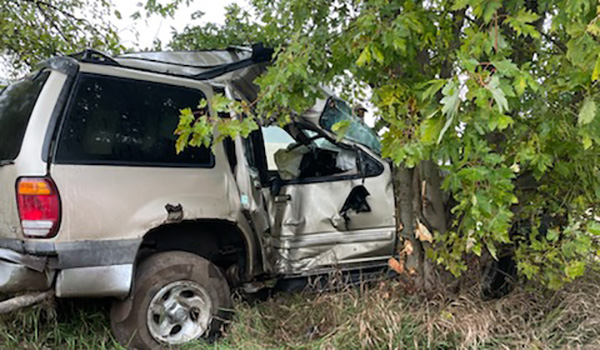 CASS COUNTY — A man was transported to the hospital following a Thursday evening crash, according to the Cass County Sheriff’s Office.

Sheriff Richard Behnke reported that his office responded to Redfield Street and Kline Road for a reported car into a tree at 5 p.m. Thursday.

Upon arriving on scene, deputies found that a 2001 Ford Explorer driven by Sema Reid, of Elkhart, was traveling east on Redfield Street when he lost control of his vehicle, went off the roadway and struck a tree. Sema was transported to South Bend Memorial hospital by SMCAS EMS with injuries sustained from the crash.

Deputies were assisted on scene by Edwardsburg/Ontwa Township Police Department, Edwardsburg Fire Department, and SMCAS EMS. Drugs and alcohol were not factors in the accident, and a seatbelt was worn during the crash.