Dowagiac man gets prison for assault 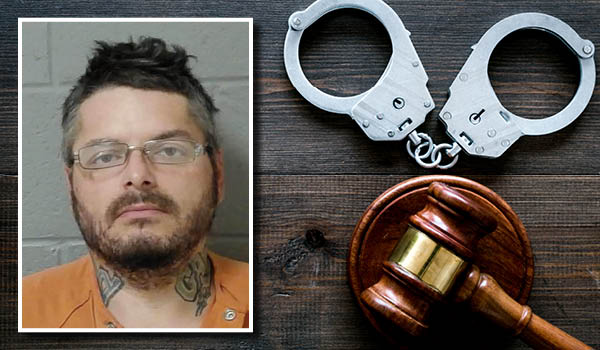 CASSOPOLIS – A Dowagiac man convicted of assaulting his girlfriend on three separate occasions in 2020 was sentenced Friday to lengthy prison terms in Cass County Circuit Court.

Charles B. Burns Jr., 39, of 71st Street in Dowagiac, was convicted Sept. 2 of assaultive conduct by a Cass County jury in three separate files. For his part, Burns maintains his innocence in the incidents.

“I’m sorry for coming in front of you, but not everybody is guilty,” he told Cass County Circuit Judge Mark Herman.

Relative to a Jan. 7, 2020, incident, he was sentenced to three years two months to five years in prison for third offense domestic violence as a habitual offender.

Burns has credit for 322 days already served and must pay $3,048 in fines and costs. The incidents all occurred in Dowagiac.

“The evidence was overwhelming, and the jury found you guilty of all but one charge,” Judge Herman said. “Her testimony was quite compelling, and your actions were equally
appalling.”

Judge Herman noted that Burns has an eighth-grade education and has been using meth for the last eight years.

“Your lack of education and drug use don’t justify your actions,” he said. “You should know that beating another human being is not tolerated in my courtroom.”

The judge outlined Burns’ actions in the three incidents which included striking the victim in the head to the point she blacked out, not letting her have a cell phone, forcing her to take off her clothes and get out of their car to humiliate her, choking and assaulting her with his fists and a baseball bat, locking her in a room and burning her.

“Based on the testimony at trial, this was clearly a situation where domestic abuse was exacerbated and perpetuated,” said Assistant Prosecutor Thomas Hubbert. “People shouldn’t think that she got what she deserved and shared the blame because she went back to him. She was treated brutally. It was
despicable.”

Defense attorney Robert Kardatzke continued to defend his client’s innocence. He said there was a question as to whether the victim embellished her description of the incidents and whether some of her physical injuries were as she stated.