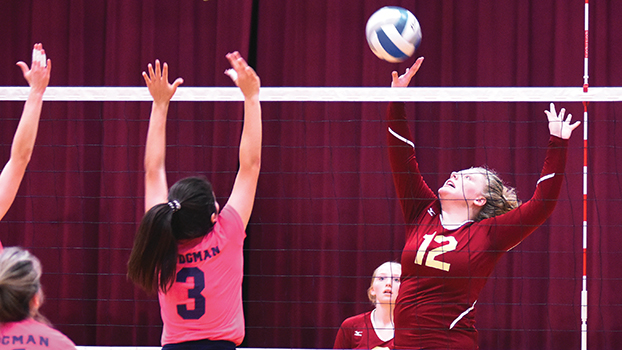 Buchanan locked up the regular-season title with an undefeated record after defeating host Berrien Springs 25-23, 25-8 and 25-9. The Bucks (26-6) will be the top seed today when the league has its season-ending tournament at Bridgman High School.

The Bucks were led by Josie West, who finished the match with a team-high 13 kills, 15 digs and five blocks. Faith Carson added six kills and six blocks, while Lauren Strefling had four kills, nine digs and 10 aces.

Alyvia Hickok finished with seven digs and a team-high 21 assists.

The Bobcats (24-14-4) were never able to get on track offensively, especially serving the ball.

Bridgman was able to take advantage of the unforced Brandywine errors to pull away to the victory.

“Our serving was not great and definitely cost us a couple of the sets,” said first-year Brandywine Coach Emily Zablocki-Kohler. “We will work on fixing that.”

The Bobcats made a small lineup adjustment for the second set, but a better effort was really the difference according to Zablocki-Kohler.

“We played better,” she said. “We put a different middle in. I think we just stepped up our game in the second set.”