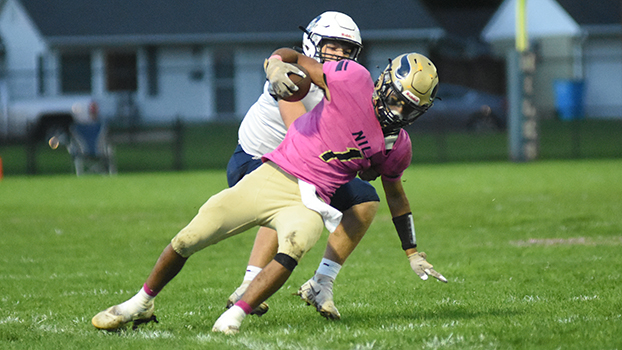 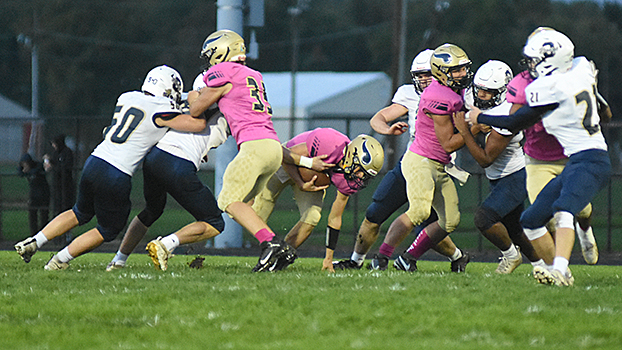 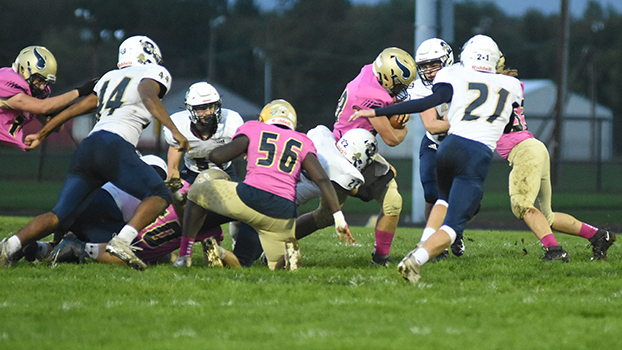 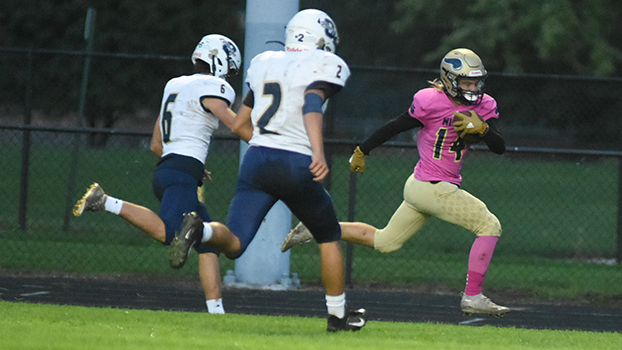 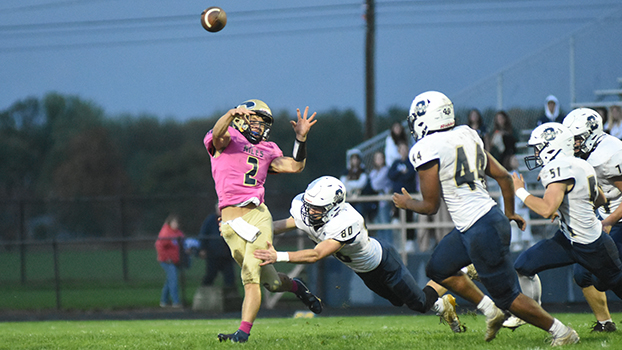 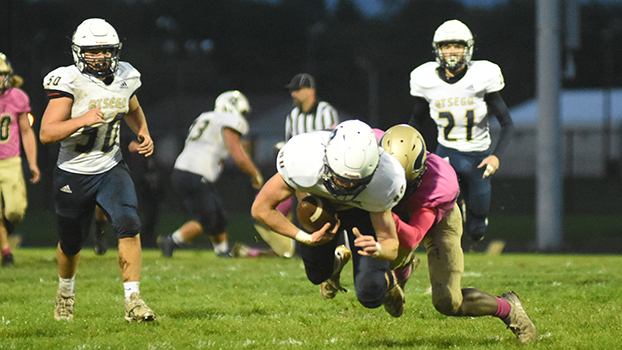 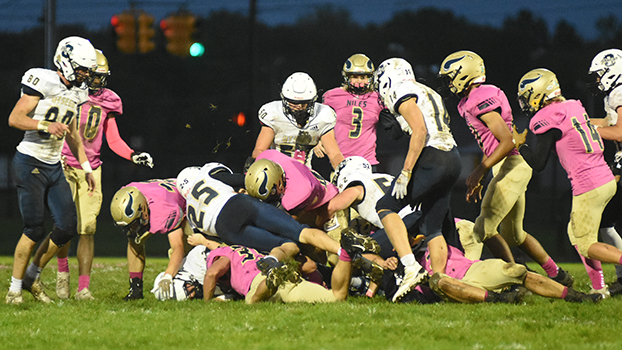 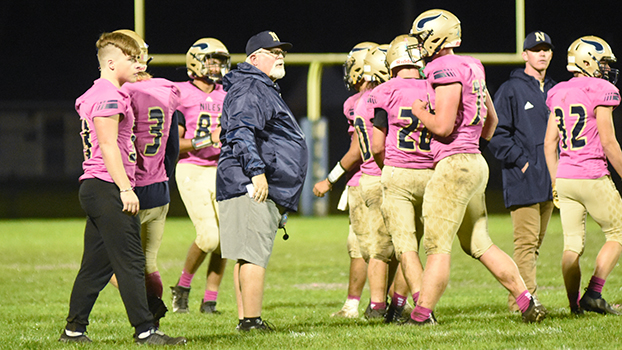 Clinging to one of the final spots among Division 4 playoff contenders, the Vikings need to win out to have any chance of reaching the postseason for only the fourth time in school history and the first time under new Niles Coach Scot Shaw.

Niles took the first step toward the playoffs with a 36-20 Wolverine Conference victory over visiting Otsego in its annual “Pink Out” game.

“I told them our playoffs start tonight,” Shaw said. “Because if we lose, we are for sure done. The only way we can play is to win the next two. So, essentially it started tonight.”

The Vikings will close out the regular season against arch rival Dowagiac, which is 0-8 after a 69-0 loss to Edwardsburg Friday night. The traditional “Black and Blue” game will be at Chris Taylor-Alumni Field this season. A win over the Chieftains would give Niles its first winning season since 2014, and only the fourth winning season in the last 35 years.

The Vikings last reached the postseason under then Head Coach Dave Janecki in 2003, the same year Shaw led Three Rivers to a state championship.

Niles got off to a fast start against the Bulldogs, grabbing a 14-0 lead before Otsego scored back-to-back touchdowns to tie the game at 14-14 with 1:21 remaining in the opening half.

The next five minutes of game time turned the tide for the Vikings.

Niles took the ensuing kickoff and marched down the field, scoring with 17 seconds left on the clock when sophomore Talon Brawley connected with freshman Sam Rucker for a 42-yard touchdown pass. Brawley then connected with sophomore Julian Means-Flewellen for the 2-point conversion to make it 22-14 heading into halftime.

Niles’ defense forced an Otsego three-and-out to open the second half, giving the Vikings the ball at the Bulldogs’ 49-yard line after Alex Cole returned the kick 30 yards.

“It was really big,” Shaw answered when asked about the importance of scoring before the half to reclaim the lead. “That was something we normally don’t do, score through the air. The other thing was we got a three-and-out to start the second half defensively, and we were able to take that one down and score too. That five-minute swing there was really huge for us.”

Niles’ defense continued to dominate Otsego until the closing stages of the fourth quarter when after turning the ball over on downs late in the game, the Bulldogs were able to punch one in to make the final 36-20.

Rucker led the Niles ground game, which finished the night with 228 yards, with 68 yards on six carries. He ended the game with 110 yards of total offense and two touchdowns before leaving the game with an ankle injury.

Means-Flewellen chipped in with 61 yards on nine totes, while Brawley finished with 57 yards on 14 rushes. Kaiden Garrod, who scored a touchdown in the first half, added 36 yards on 11 carries.

Otsego (1-7, 1-6 Wolverine) finished with 261 yards of total offense, of which, 186 came on the ground. Gabe Cavazos led the way for the Bulldogs with 100 yards on 22 carries and a touchdown. Quarterback Steven Drewyor was 5-of-10 for 75 yards and two touchdowns.