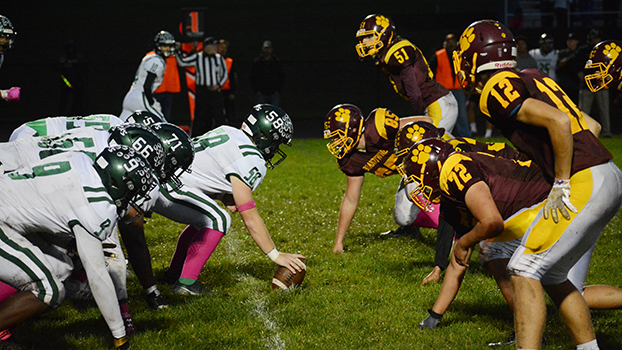 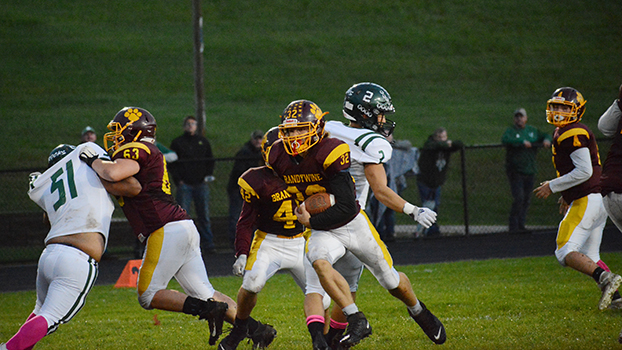 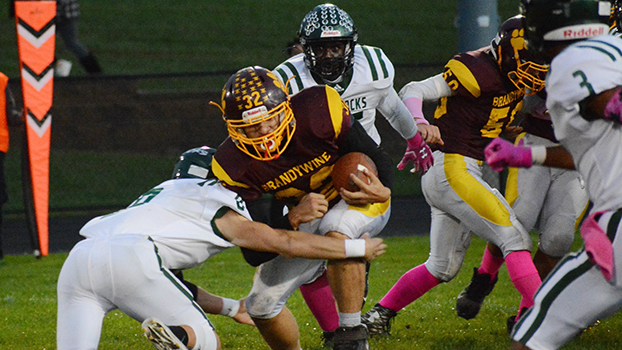 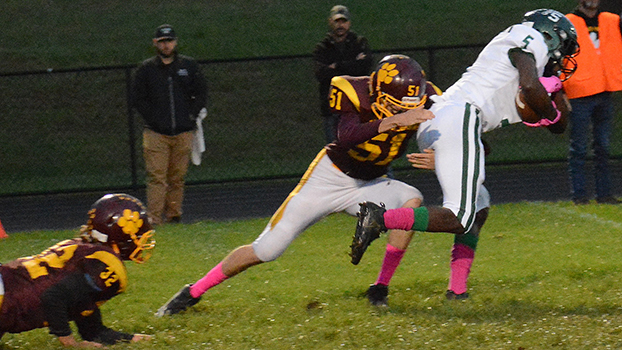 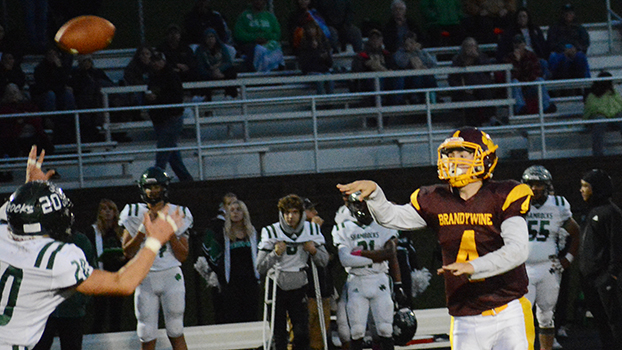 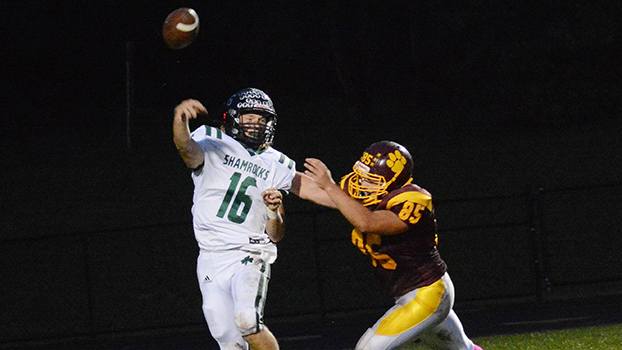 The Bobcats had the Shamrocks on the ropes before second-half heroics from Berrien Springs’ Jamal Hailey resulted in a 26-6 Brandywine loss on homecoming night.

The Western Michigan commit had 19 carries for 324 yards and four touchdowns on runs of 28, 95, 52 and 52 yards, the last three coming in the second half, to help the Shamrocks (3-0 BCS,8-0) win an outright BCS Athletic Conference championship.

“[Hailey] is a very good player, but he has a bunch of kids up front blocking for him,” said Berrien Springs Coach Elliott Uzelac. “When they made that adjustment, he was gone. He wasn’t touched until the secondary.”

“He was the difference,” said Brandywine Head Coach Mike Nate. “He had a couple big runs there that put the game away for them.”

The play of the game came near the end of the third quarter with Berrien Springs nursing a 7-6 lead. After stopping quarterback Blake Krueger on a fourth-down run at the Berrien Springs 5-yard line, the Shamrocks took over on offense and handed the ball off to Hailey, who raced 95 yards to the end zone to go up 13-6.

“That was critical,” Nate said. “We needed to punch that [touchdown] in down there, and we didn’t get the job done. If we score there, it’s a completely different game.”

Hailey went on to add a pair of 52-yard touchdown runs in the fourth quarter to round out the scoring. Tyler Ewalt completed 9 of 19 passes for 54 yards for the Shamrocks.

For Brandywine, Krueger completed 8 of 14 passes for 116 yards and one interception and added six carries for nine yards and a touchdown. Chase Valade had a game-high seven catches for 98 yards while Gavin Schoff had 19 carries for 66 yards on the ground, Michael Palmer 14 for 36 and Joe Frazier seven for 17.

Several Brandywine players did not suit up due to injuries, including leading rusher Ivory McCullough. Nate was proud of the way his team battled despite being short-handed.

“We played great,” Nate said. “We had a lot of guys out. We had to patch it up and we did. A lot of guys were playing positions they haven’t played all year. We didn’t have Ivory, our leading rusher. If we have him, it’s probably a different game because we’re able to do more with him.”

Uzelac was impressed with Brandywine’s play. The Bobcats defense was able to slow down a Berrien Springs offense that entered the game averaging 45 points per game over its last five games.

“They played great,” he said. “They got after us, more than any team we’ve played this year. I give Brandywine a lot of credit.”

“[Uzelac] was very complimentary of us,” Nate said. “There are no moral victories, but we’ll take it as a plus coming from him.”

The Bobcats struck first when a 55-yard pass from Krueger to tight end Chase Valade set up a 1-yard Krueger touchdown run a few plays later to put Brandywine up 6-0 with 7:21 to go in the first quarter.

A Krueger interception in the second quarter led to a 28-yard Hailey touchdown run to give the Shamrocks a 7-6 advantage heading into halftime.

Nate hopes to have some players back for the Bobcats’ season finale next week against Benton Harbor (2-6).

“I don’t know if we have enough guys,” Nate said. “We had two guys with concussions tonight. We’re battling a numbers game right now.”