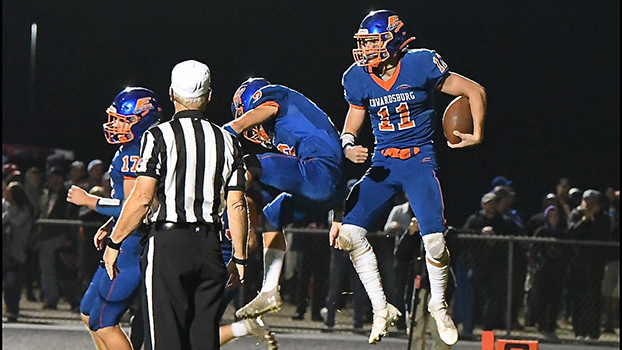 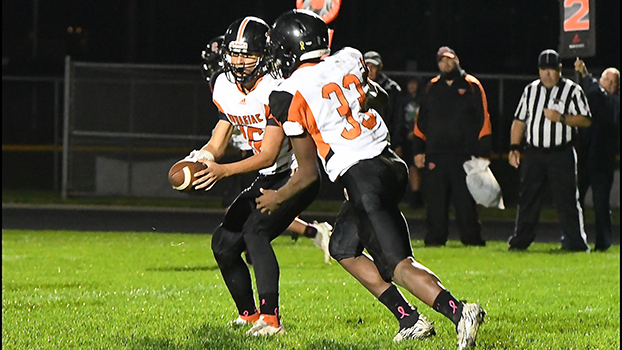 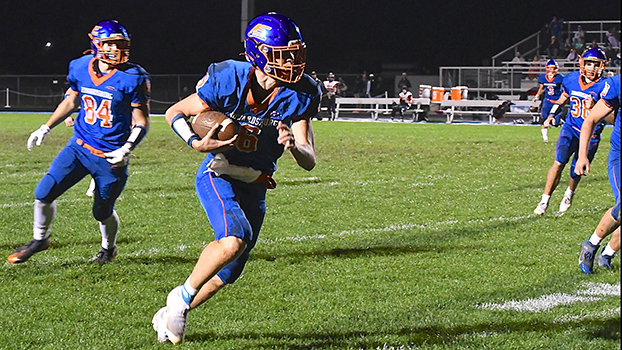 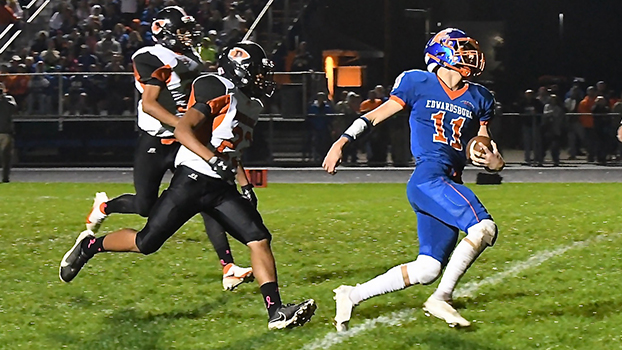 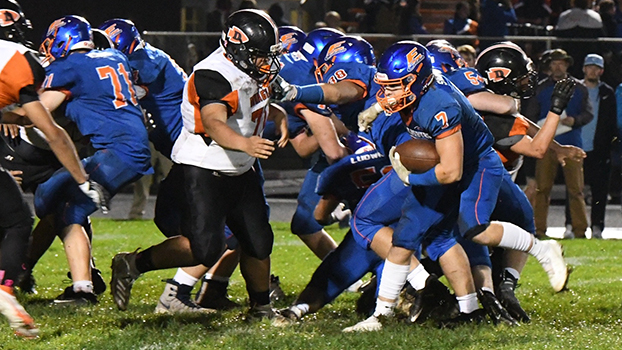 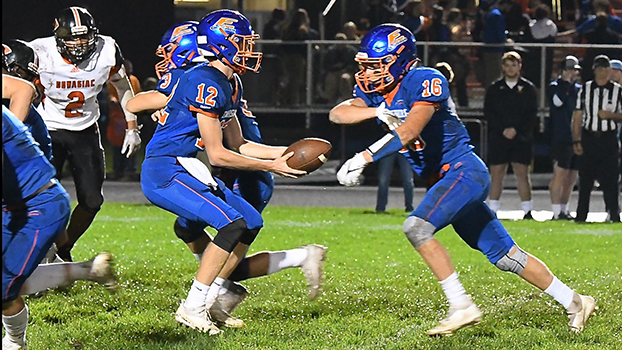 EDWARDSBURG — It will be a homecoming to remember for the Edwardsburg football team as it dominated visiting Dowagiac in every phase of the game, on its way to a 69-0 win over the Chieftains and a share of the Wolverine Conference championship at Leo Hoffman Field Friday night.

The Eddies (8-0, 7-0 Wolverine) can wrap up another undisputed championship Friday when it travels to Sturgis to face the Trojans. A win locks up the championship for Edwardsburg, which is a game ahead of Vicksburg (6-1) in the standings.

Dowagiac (0-8, 0-7 Wolverine) could not produce any offense — finishing the night with minus-two yards — and could not stop the Eddies’ powerful offense, which played much of the night on a short field.

Edwardsburg finished the game with 229 yards of total offense, including 189 yards rushing. The Eddies scored with its offense, its defense and on special teams.

Edwardsburg’s defense scored twice as Landon Mikel recovered a fumble and rumbled into the end zone, while Dowagiac mishandled a punt attempt and was tackled in the end zone for a safety.

The Eddies’ defense also picked off a pair of Chieftain passes.

Dowagiac will look to pick up its first win of the season Friday night as it hosts arch rival Niles in the “Black and Blue” game at Chris Taylor-Alumni Field. Kickoff is set for 7 p.m.