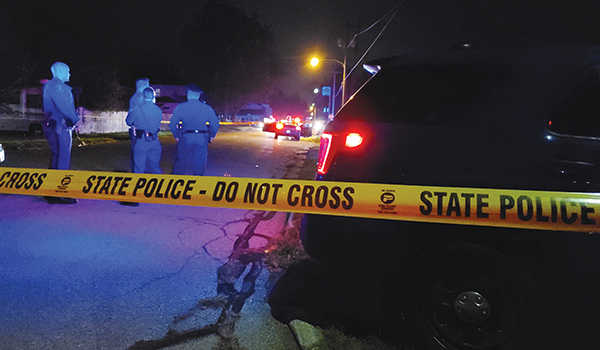 NILES — Michigan State Police has confirmed that a trooper involved in an Oct. 6 traffic stop shooting with a suspect in the city of Niles has been discharged from the hospital and is recuperating at home.

A three-year veteran of the Niles post, the trooper is expected to make a full recovery, while the status of the suspect, who arrived at the hospital in serious condition, has not been confirmed.

“Everybody worked together, and it could have been a lot worse,” he said. “This has been pretty emotional for us. This work is a hard job we do every day. To have one of our troopers get shot was hard for us but we’re so thankful for everyone who helped and that he is doing well.”

According to MSP, the shooting occurred around 10:30 p.m. Oct. 6 at Ninth and Main streets in Niles. The incident began as a traffic stop after an MSP trooper pulled over a Nissan for failure to stop at a stop sign. The driver was arrested for a suspended license, while the vehicle’s only passenger exited the car upon request. Once out of the vehicle, a struggle ensued, and shots were fired by both the passenger and trooper.