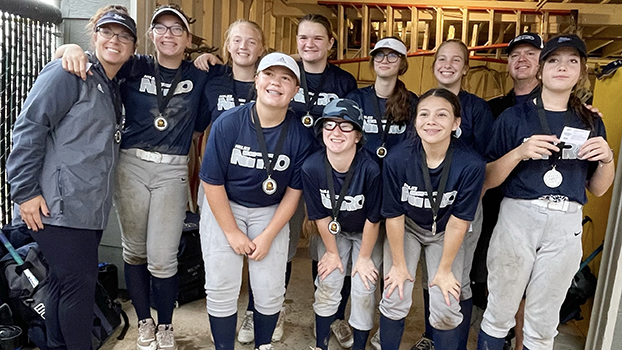 GRANGER, Ind. — The Niles Nitro 14U travel softball team finished as the runner-up at the Pumpkin Bash Softball Tournament Oct. 2-3.

The Nitro beat the South Bend River Bandits 5-0 and the Portage [Michigan] Hornets 11-0 to earn the No. 1 seed in its pool.

In bracket play, Niles beat the USSSA Pride 7-2 and the River Bandits again, 7-1, to make it to what would end up being the championship game. In that game, the Nitro lost to the other undefeated team in the tournament, the Michiana Reps, 6-1. Rain caused the rest of the tournament to be canceled, and the Reps would be declared the champions with an undefeated record and the Nitro runner-up with a 4-1 record.

The team consists of players from Dowagiac, Decatur, Hartford, Granger and Middlebury.