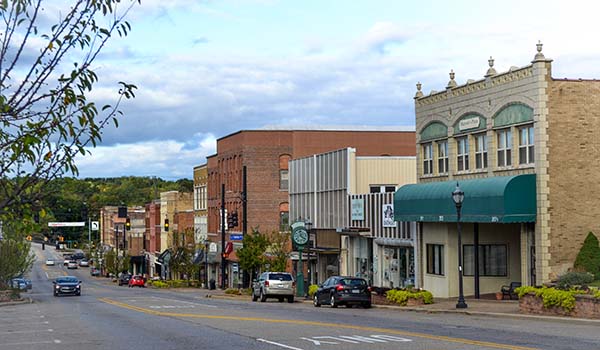 NILES — Monday evening, the Niles City Council took the first step into looking into what allowing marijuana businesses downtown could look like.

At the time of the initial vote, DDA President Bryan Williams said the board was inspired to recommend dispensaries downtown by looking to other Michigan cities that have done so with success. Specifically, Williams said the board looked toward nearby Buchanan, which has multiple provisioning centers operational on its downtown strip. He said he believed dispensaries could drive traffic to downtown Niles and surrounding businesses.

During Monday’s meeting, Williams said his goal was to open a discussion with the board and the community regarding provisioning centers downtown.

“There were multiple reasons why [downtown marijuana operations were] denied in the first zoning, but I feel like with the progress that has been made state-wide, even with some of our neighbors, it was time to relook at it,” he said. “This was not meant to be divisive. Really, I just wanted to reopen the discussion. As the DDA president, it is part of my duties is to get people downtown.”

During the Committee of the Whole meeting, City Administrator Rick Huff showed the council what opportunities could be available to marijuana businesses downtown if the city reduced the 1,000-foot buffer zone from schools and libraries that is currently written in the city ordinance. Huff said the local municipality has the authority to do so under state marijuana law.

Council members John DiCostanzo and Georgia Boggs said they wanted to engage downtown businesses owners in discussions about how they feel allowing dispensaries would affect the downtown before further action was taken.

Council members Charlie McAfee and Jessica Nelson added that they wanted to hear from all community members in discussions going forward.

“I would like to hear from not only the business owners, but the community as a whole,” McAfee said. “You will have traffic and children going through there. I think everyone should be involved in this process. We need more discussion on it to see what we can do and what we can’t do.”

“I just want to make sure, as we continue this conversation, what we are doing is not just listening to the loudest voices — whether that is pro or against — but we are finding a balanced way to hear those voices and consider it in a way that is going to be the right way for our community,” Nelson added.

During the public comment portion of the meeting, area community members and business owners addressed the topic of marijuana facilities downtown.

“For the marijuana, I am going to be against that,” said Chance Smith, co-owner of the Rage. “If you put those however many dispensaries, one or two, on the main drag, they are never leaving that spot. They are never leaving, and we have just lost two small businesses we could have had that could have brought the vibe and family-friendly atmosphere that we want in this town.”

William Hass, of Native Michigan Remedies, said he was involved in Buchanan’s marijuana ordinance process, which allows dispensaries downtown. While he said Buchanan is doing well and benefits from marijuana facilities, he said traffic and parking are issues to be considered.

“My only concerns with putting anything downtown is the amount of traffic and parking space,” he said.

Stephanie Reno, of SLR Pilates and Trap House 24, also spoke during public comment. While she said she did not attend Monday’s meeting to support or oppose marijuana businesses downtown, she said wanted all pros and cons to be considered and to have the community and business owners involved in discussions.

“I think putting something out there without including all the businesses and all the community is taking steps backward,” she said. “I think we have momentum moving forward, and I think if we do it in the right way, we can all work together and make positive changes in downtown Niles and have a cohesive relationship between the council, DDA, business owners and the community.”

No action was taken Monday evening regarding marijuana businesses downtown, but Huff and Mayor Nick Shelton said the Committee of the Whole meeting was the first of many discussions to be had on the topic.

“This process that we are in tonight is part that process of introducing this as a concept,” Huff said. “No decisions are coming out of this. This is part of that public process of discussing what is being thought about.”