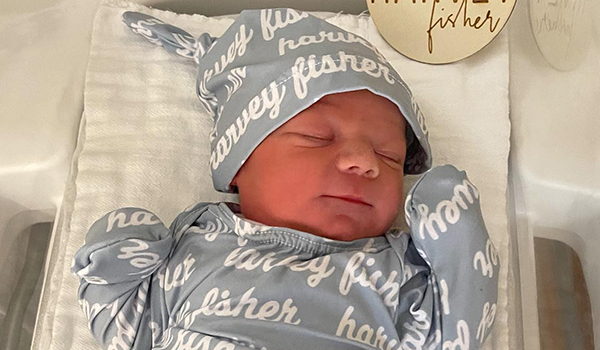 Skylar Herman and Hunter Krueger are the parents of a son, Harvey Krueger, of Niles.