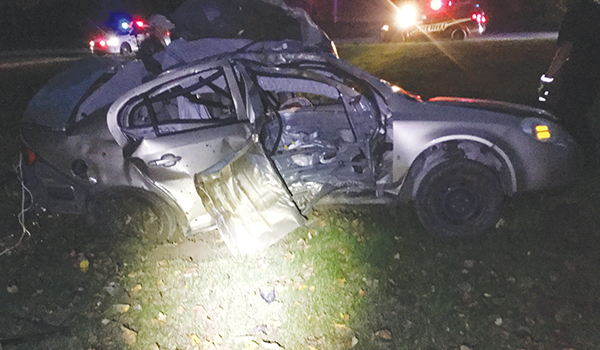 LA GRANGE TOWNSHIP — An Indiana man was transported to the hospital following a crash in Cass County this weekend.

Sheriff Richard Behnke reported that at 7:24 p.m. Sunday, his office was called to investigate a motor vehicle crash with injuries that occurred on Dailey Road south of Beeson Street in La Grange Township.

Initial investigation shows that John Freshour, 52, of Nappanee, Indiana, was traveling south on Dailey Road when his vehicle lost control, left the road, and overturned multiple times striking a pole and a tree. Freshour was transported to South Bend Memorial Hospital for treatment of his injuries.

Seatbelts were not worn, and speed was a factor, according to deputies. The case remains under investigation.