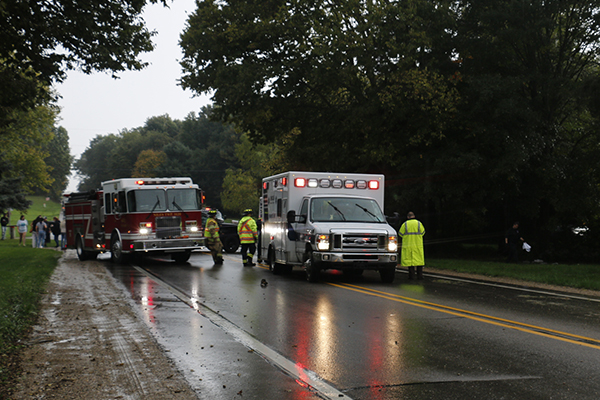 NILES TOWNSHIP — A Niles woman succumbed to injuries sustained in a single-car collision on Old U.S. 31 in Niles Township Friday afternoon, according to the Berrien County Sheriff’s Office.

First responders were dispatched to the 2600 block of Old U.S. 31 at 3:42 p.m. There, they located a passenger car pinned against a tree.

The driver, a 20-year-old Niles woman, was entrapped in the car. First responders attempted life-saving measures, but the driver was later pronounced dead.

Her passenger, an 18-year-old Berrien Springs man, was ejected from the vehicle. He was transported to an area hospital with life-threatening injuries.

Witnesses told officers that the vehicle was attempting to pass another vehicle on the right shoulder of the road when it lost control, overturned and struck a tree. Witness statements were supported by initial investigation by the Berrien County Sheriff’s Office Accident Investigations Unit.