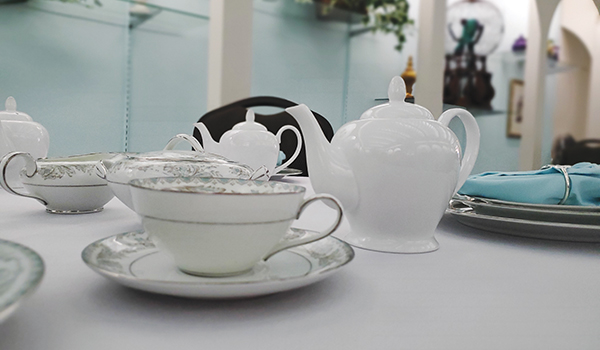 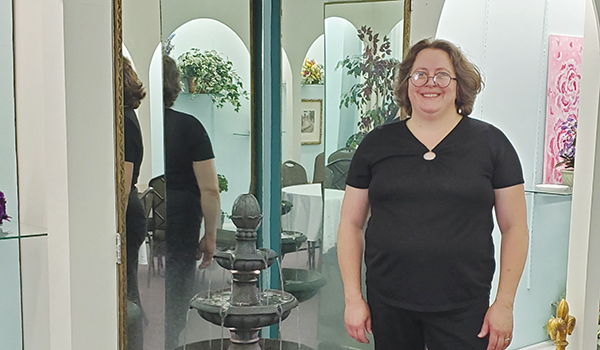 “The apothecary dining room is quite small, and it’s an unusual shape, so it’s difficult to seat large parties,” said owner Laura Hollister. “We’ve had a lot of requests for either larger afternoon tea parties or things like that, and we really couldn’t accommodate them over there, so this more open dining room gives us more opportunities to serve larger groups and more people.”

In addition to providing more space for the tea shop, Hollister said the expansion will also provide regular customers with a change of pace. While the conservatory still carries Apothica’s overall Victorian steampunk theme, the expansion is meant to be quieter, calmer and more “garden-like” than the business’ existing dining room.

“This is a really relaxing atmosphere,” the business owner said sitting at one of the conservatory’s large round tables. “It’s meant to be a soothing environment.”

Apothica Teas first opened in late 2019 but spent a large portion of 2020 closed to the public due to coronavirus concerns. Hollister said she never expected that she would expand so soon, much less in the middle of an ongoing pandemic.

“This was the five- or six-year plan, not the one-year plan,” she said with a laugh. “This was an unplanned opportunity. When this [space] became available, we realized this was the only direction we would ever be able to expand in, so we felt like this was an opportunity we could not let pass.”

Though her business is still young, Hollister said she has had an outpouring of customer and community support, which has led her to believe that her expansion will be successful.

“We’ve had a lot of people dreaming with us,” Hollister said. “When we opened, we were just guessing at numbers, but our expectations have been exceeded despite COVID. We have a really interesting mix of loyal, repeat customers and people traveling significant distances to come to see us.”

Though Hollister said she is happy to see the conservatory opened, her business is far from done expanding. She has submitted plans to connect Apothica’s two dining rooms through French doors, as well as building a larger kitchen so the business can expand its menu.

Until those plans can come to fruition, Hollister is inviting the community to see the conservatory and experience Apothica’s expansion for themselves.

“We want this to be a place where friends and family can come together and enjoy time together,” Hollister said.