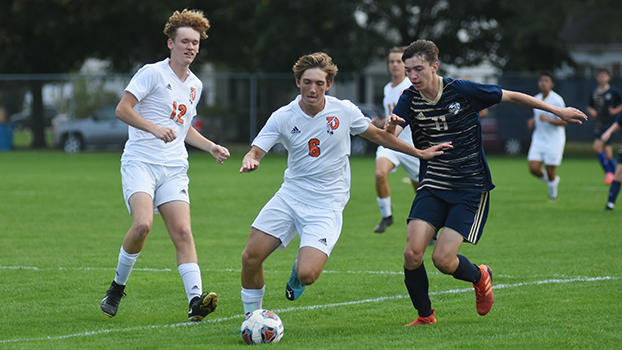 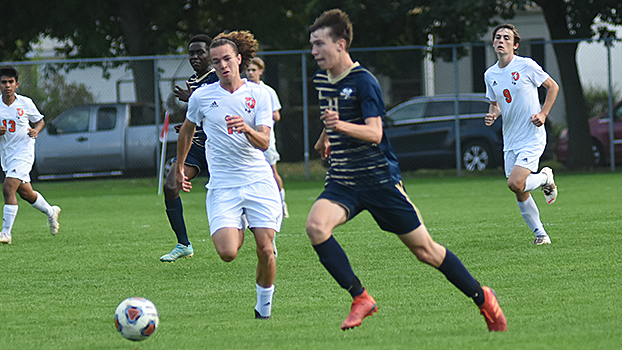 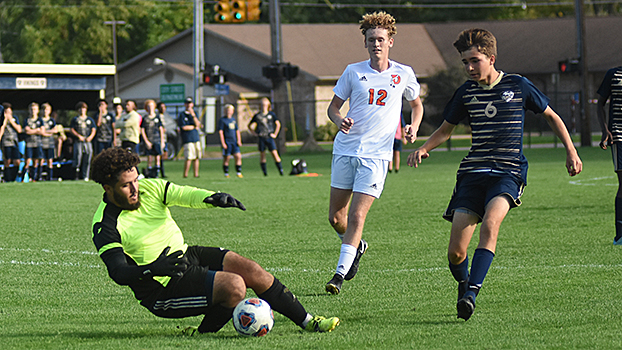 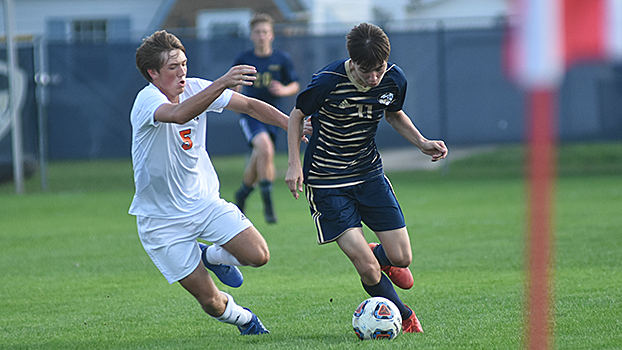 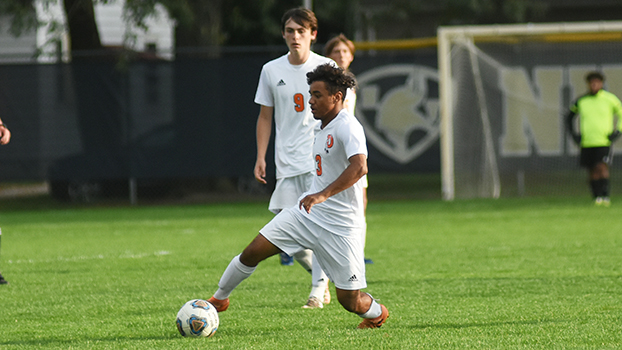 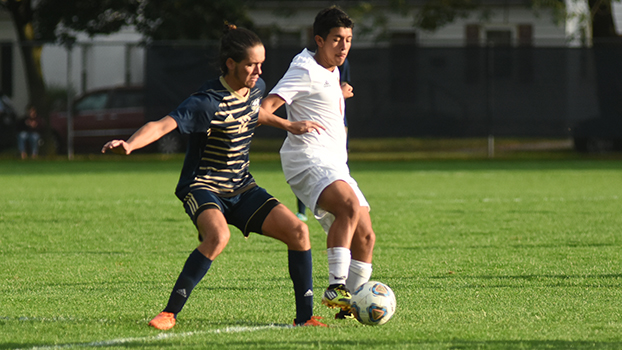 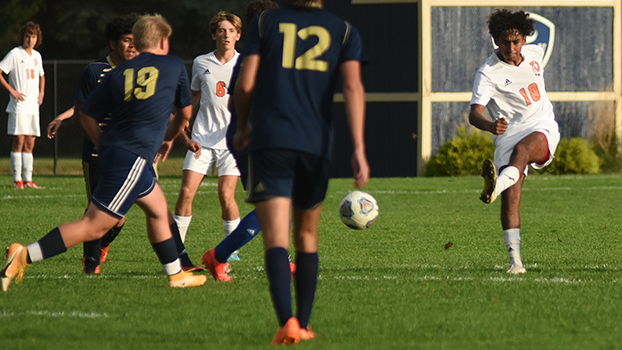 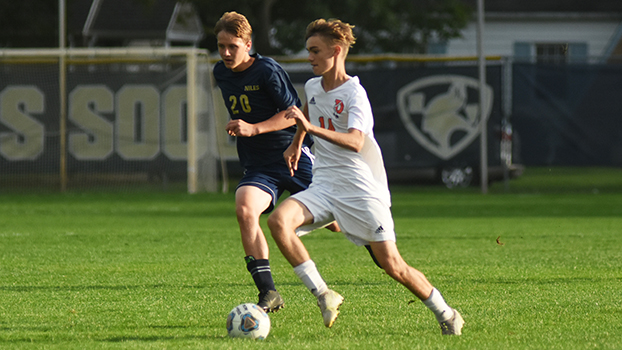 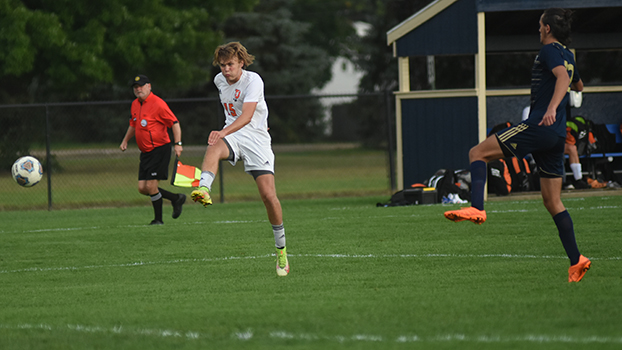 NILES — For the third straight Wolverine Conference match, the Dowagiac soccer team has pitched a shutout.

The Chieftains continued their string of holding opponents scoreless with an 8-0 victory over host Niles Monday night. Previously, Dowagiac blanked Sturgis 7-0 and Otsego 6-0.

Dowagiac Coach Mike Williams was able to work on some things as the Chieftains begin focusing on defending their district championships starting Oct. 18. Dowagiac is the four-time Division 3 district champion.

“We were able to practice players at different positions and work on ball movement and possession,” he said. “We need to keep up the pressure going into districts.”

Konnor Voss concluded the scoring with a goal off an assist from Pedro Brito.

Niles (1-7 Wolverine) was playing with a mix of varsity and JV players, which forced the JV match with Dowagiac to be canceled.

“We had some players playing in different spots than normal,” said Niles Coach Abel Fonseca. “We had some underclassmen playing up to fill spots. We learned a lot tonight.”

Dowagiac outshot Niles 18-3, with Chieftain goalkeeper Alejandro Martinez making three saves. Niles keeper Max Clark, who moved up from the JV team, had eight saves, including one on a penalty kick.

The Eddies and Bulldogs played to a 2-2 draw Monday night.

The Chieftains, the four-time district champion, received a first-round bye as the top seed.

The Berrien Springs at South Haven match winner, scheduled for 5:30 p.m. Oct. 13, will advance to the semifinals against the Chieftains, which are scheduled for 5 p.m. Oct. 18. The top half of the bracket winners will play in the other semifinal at a time and place to be determined.

The championship match will be at 5 p.m. Oct. 21 at Dowagiac.

Niles will host Lakeshore in an opening-round match set for 4:30 p.m. Oct. 14. Edwardsburg will travel to Three Rivers for a 4:30 p.m. match Oct. 14, with the winner advancing to the semifinals, to take on the winner advancing to the semifinals at 5 p.m. Oct. 18, in Mattawan against St. Joseph, which received a first-round bye.

The Niles-Lakeshore winner will take on the winner of the Mattawan-Paw Paw match at 7 p.m. Oct. 18, in Mattawan. The championship match at Mattawan will be at 6 p.m. Oct. 21.

Cassopolis received a first-round bye and will play the winner of the Kalamazoo Heritage-Lawrence match in the semifinals at 5 p.m. Oct. 20 at Lawton.

In the other half of the bracket, host Lawton will take on Howardsville Christian at 6 p.m. Oct. 14. The winner advances to face Schoolcraft, which received a first-round bye at 7 p.m. Oct. 20 at Lawton High School.