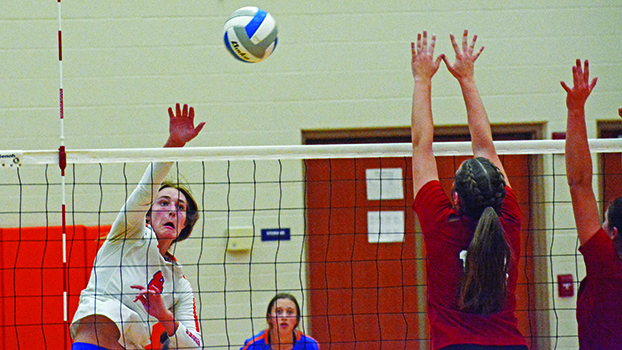 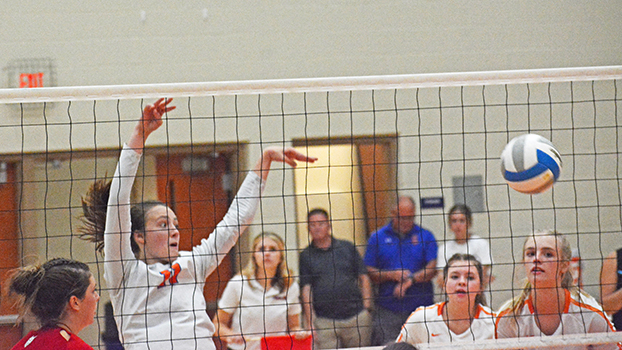 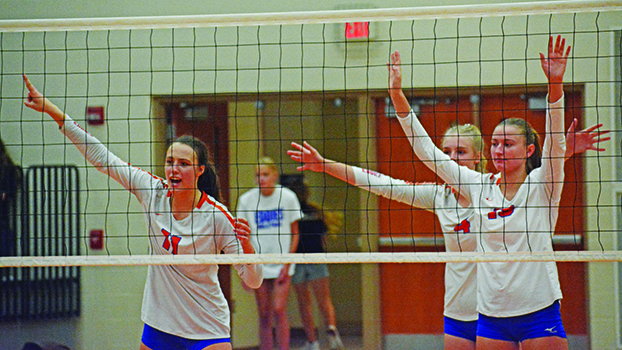 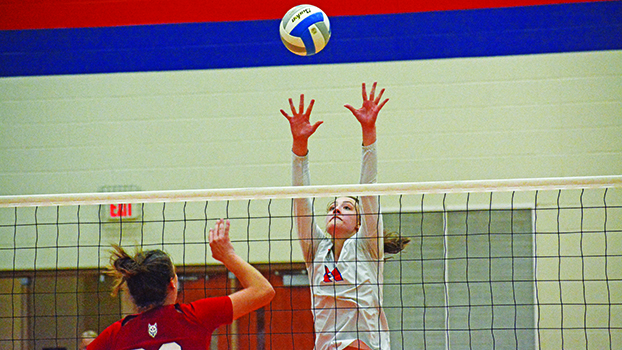 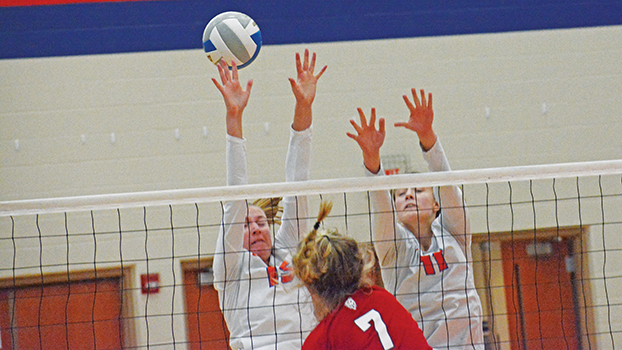 EDWARDSBURG — Edwardsburg Coach Nikki Bush was waiting for her team to turn in three complete, consistent sets of volleyball.

She got her wish as the Eddies defeated visiting Paw Paw 25-18,25-14,25-20 Thursday night in Wolverine Conference play.

“Honestly we were waiting for that one good, solid win and tonight we finally hit that,” Bush said. “We’ve been battling a lot. I think we’re finally kind of hit that point to where now we’re seeing the improvements and all of the hard work coming into play.”

Edwardsburg jumped out to 7-2 leads in the first two sets and never looked back. The Red Wolves were determined to make set three more interesting and had the momentum for most of the set. Trailing 15-17, the Eddies used a 10-3 run to take control of the set capped by a Lexi Schimpa strike.

“We made sure we were really coming together and lifting each other up and hyping each other up,” Glaser said. “We made it so that we knew if we make a mistake, it’s going to be okay.”

Edwardsburg’s hitters gave the Red Wolves fits throughout the match and sophomore Drew Glaser was a key component to the Eddies’ attack. Glaser finished with a team-high 15 kills.

“We’ve been working that right side a lot with Drew,” Bush said. “She really stepped up and she owned it.”

“I know we were communicating really well,” Glaser said. “We responded really well as a team.”

According to Glaser, the season has been a challenging, rewarding experience.

“It’s been a lot,” she said. “We practice harder than any other team has. We have morning practices, a lot of practices. But I do love this team and I think that we have a really great team this year.”

With the win over the Red Wolves, the Eddies move to 5-1 in Wolverine Conference play. Since joining the volleyball team, Glaser has a list of things she would like to accomplish both as an individual and as part of the team.

“As a team, we want to make regionals this year,” she said. “I know for myself, I want to be one of the top headers as a sophomore and really come through as a senior, as a leader and everything else.”

Next up for the Eddies is a road trip to Otsego at 6 p.m. Thursday.