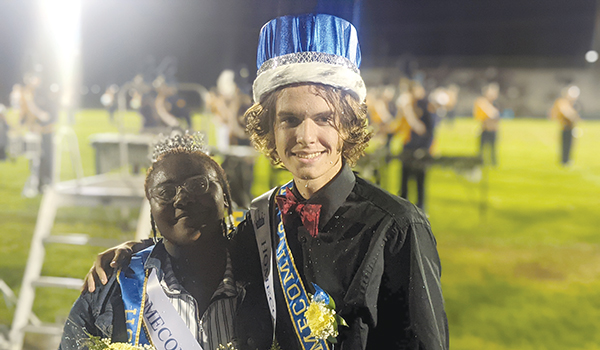 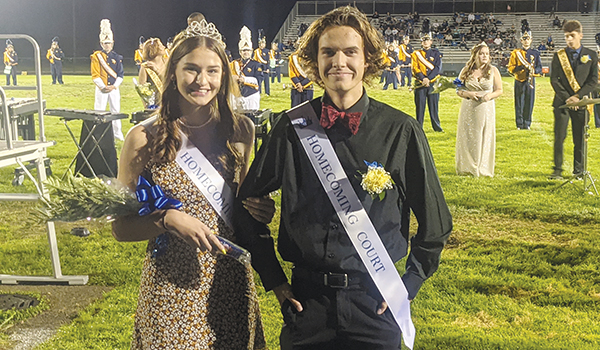 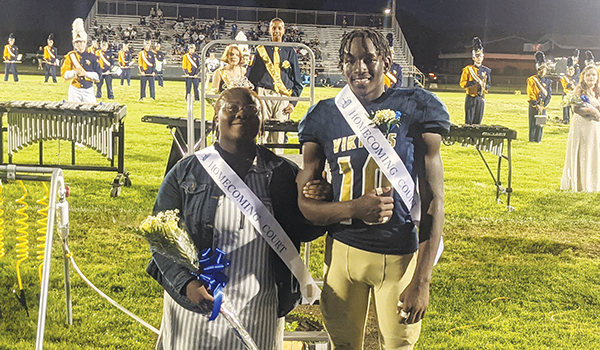 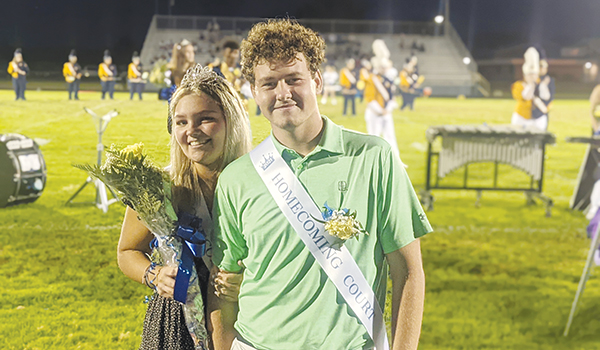 NILES — The pomp and circumstance that is Homecoming Week culminated with a moment to remember for Niles High School students Ashton Burrous and Maiya Warren.

The two seniors and longtime friends were crowned Homecoming king and queen during halftime of Niles’ football game Friday night, much to their surprise.

“I’m so happy,” Warren said. “[Ashton] is one of my best friends. I was so happy to be able to walk with him.”

The king and queen have been close friends ever since they met in band class at Ring Lardner Middle School years ago. Experiencing homecoming with their fellow seniors was an exciting experience for both of them.

“It feels like over the course of four years that we’ve all become friends,” Burrous said. “We all know each other.”

Warren and Burrous remain proud members of the Niles band program. Warren plays the trumpet, and Burrous — a member of the percussion section — is a drum major for the marching band this year.
“It’s been a new experience,” Burrous said. “I wasn’t expecting to be chosen for that, either. I just wanted to try because I thought it would be fun. I tried out my freshman year and didn’t get it but it’s fun. One of our other drum majors is new too so it’s fun learning and going through the process with them.”

Burrous and Warren are putting plans in place for life after high school and both have their sights set on being Broncos.

“It’s just the brain,” Warren said. “It’s very interesting. I got to take psychology this year, and I want to continue on with it after high school to learn more about it.”

The idea of possibly attending college together is something the two longtime friends would enjoy.

Before any of that happens, Burrous and Warren plan on enjoying their senior year to the fullest. In addition to the band, Burrous also participates in cross country, track and picked up tennis this fall.

“I wanted to get my three-sport athlete honor this year, so I decided to pick up tennis,” Burrous said. “Even if I’m not good at it, most of my friends do it so it’s been fun all around. I like learning a new sport and hanging out with all the guys. They’re really fun and accepting.”

Warren enjoys playing trumpet and is looking forward to track and field season, where she starred in shot put and discus last year.

“The winter is my downtime,” she said. “I get that break, condition for track, and then I put my heart and soul into track. It’s my baby.”