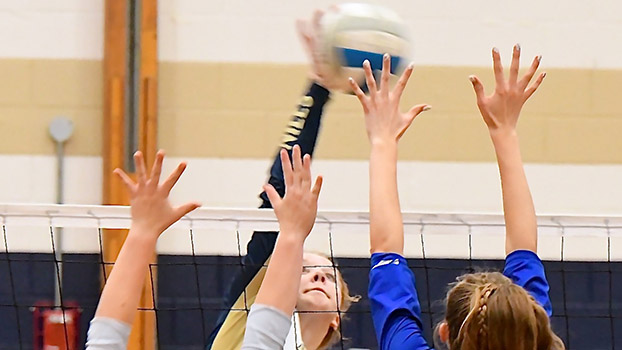 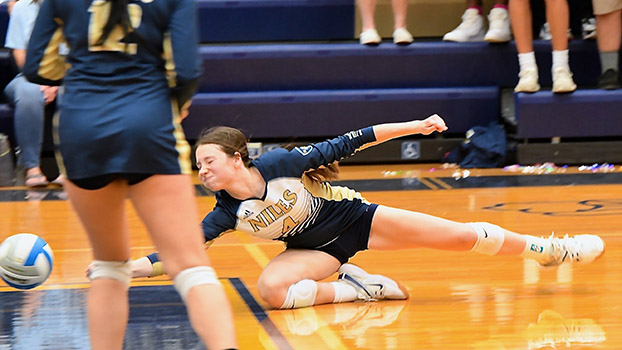 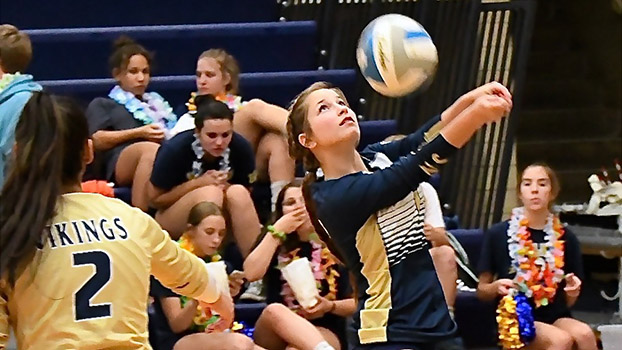 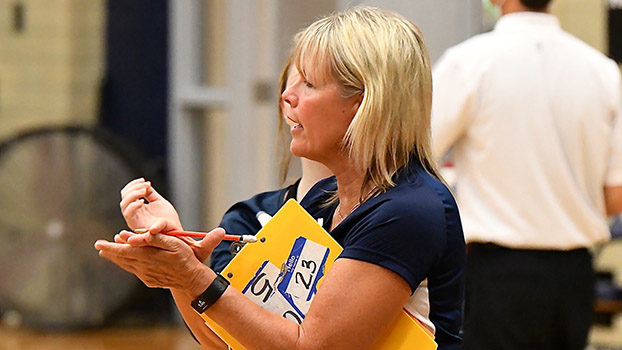 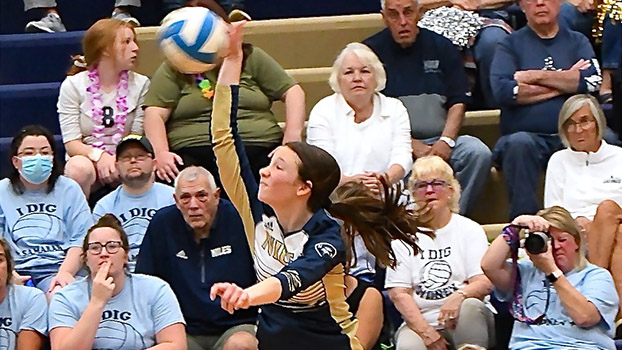 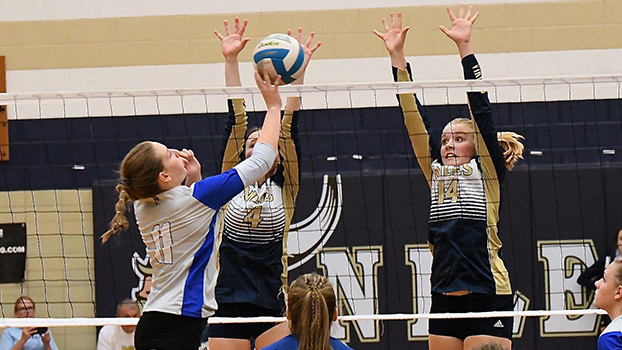 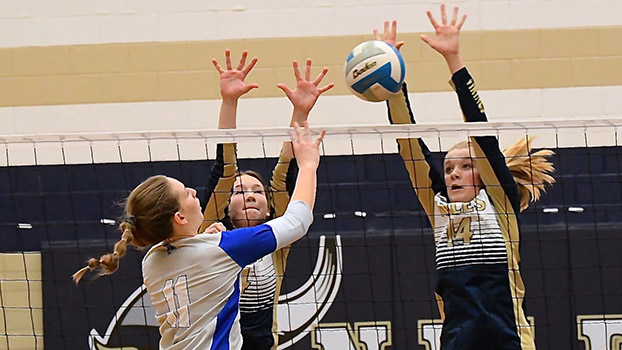 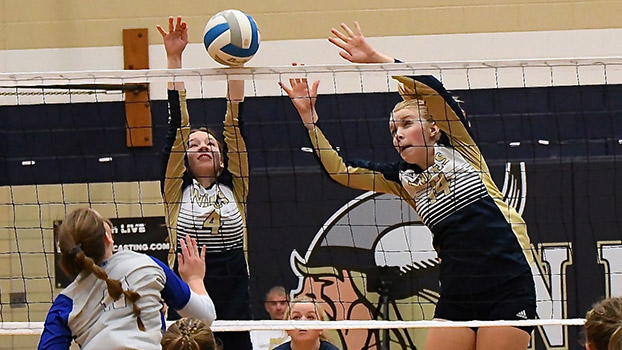 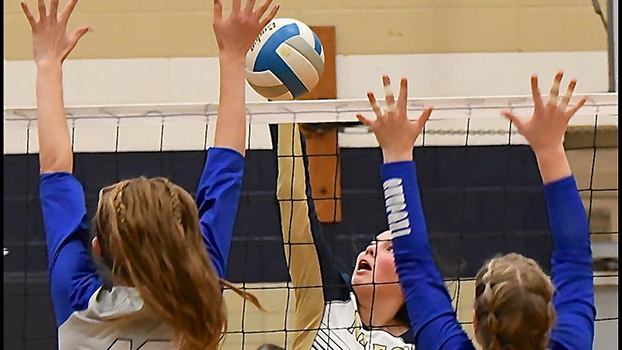 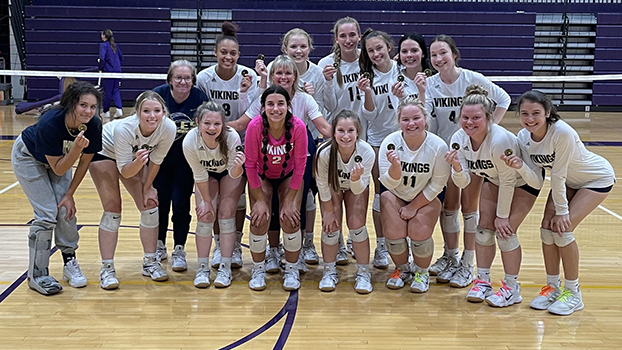 NILES — It was another good week for the No. 8-ranked Niles volleyball team.

Niles had to avenge a loss to Battle Creek Lakeview in the championship match at Bronson to bring home the title.

By being the top seed, Niles was awarded a bye in the quarterfinals. In the semifinals, the Vikings swept Onsted 25-19 and 25-13 to set up the rematch with Lakeview.

“This was our third tournament weekend in a row coming off of homecoming week and a big conference win on Thursday,” Niles Coach Jenny Nate said. “We talked about the importance of heading into October with continued energy and a goal to keep improving daily and really digging in for the second half of our season. We are getting better, and other teams are getting better, so we have to make sure we continuously challenge ourselves to add to our game — both our physical and our mental game.”

As in their previous tournaments, the Vikings faced tough competition.

“All of the teams we faced today had some tough hitters, and we were on a bit of a roller coaster throughout the day,” Nate said. “We controlled the runs, and then we would let up a bit, made a few more errors than usual, and we had to regroup throughout the day to bring our energy up to the level it should be. I was really pleased with our ability to bounce back from our single loss to Lakeview earlier in the day, take a close look at why we lost and what we needed to execute in order to take them down. We did exactly that during the championship; we dominated both offensively and defensively, had our best hitting percentages of the day, and our entire team brought intensity, cheering, and positive energy to power through and win out.”

The Vikings remain tied with Otsego for the top spot in the Wolverine Conference standings. The two teams will square off on Oct. 14 in Niles on senior night.

Before then, the Vikings had to take care of business against the Trojans, and they still have a date with Paw Paw on the road Thursday.

Against Plainwell, got off to a slow start, but after winning the opening set, dominated the Trojans for the easy victory.

“Tonight, was another great conference win, and we had balanced scoring for most of our attackers, which is one of our main goals this week,” Nate said. “We have had a tough schedule the past few weeks, and as we head into October tomorrow, we need to work hard to make sure we come out strong and disciplined on point one of every single game. It took us that first set to really get focused in and get in control of the match. Once we hit the second set, we got more consistent, aggressive, improved our energy, and were able to maintain the runs the rest of the match.”

Once again, Niles’ entire roster contributed to the win.

“Our entire team executed well, and every player did their job tonight,” Nate said. “We were also able to make some defensive adjustments against their strongest outside hitter, and that helped us capitalize and improve our point margins as well.”