Edwardsburg improves to 6-0 with win over Paw Paw 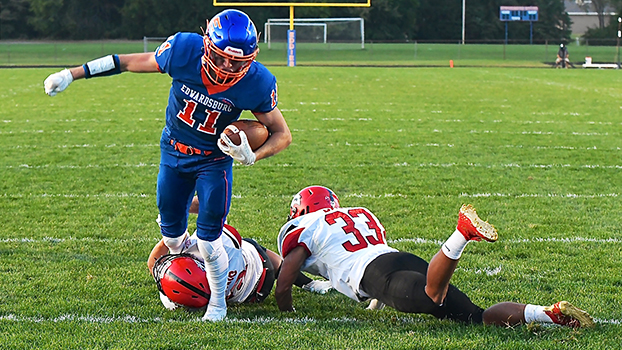 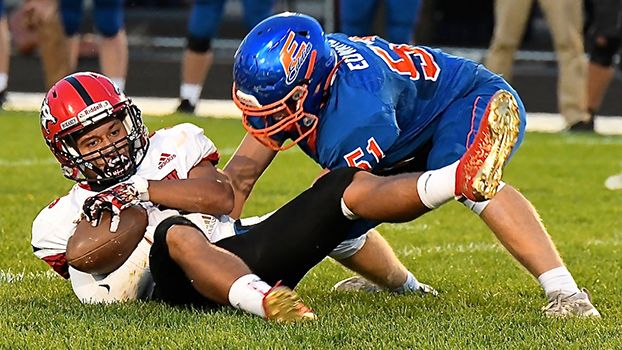 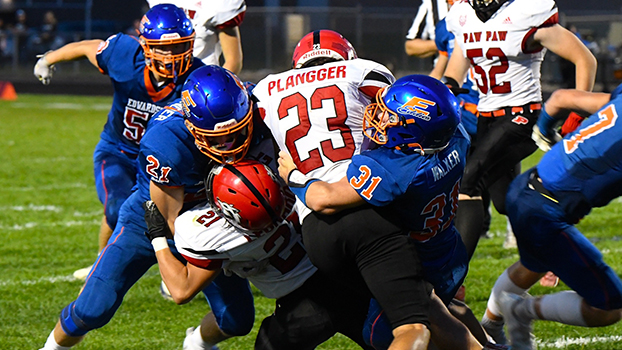 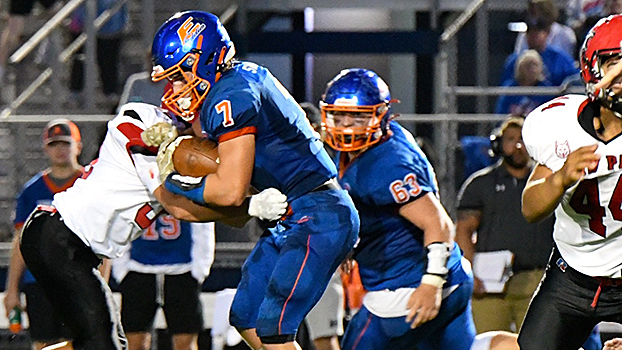 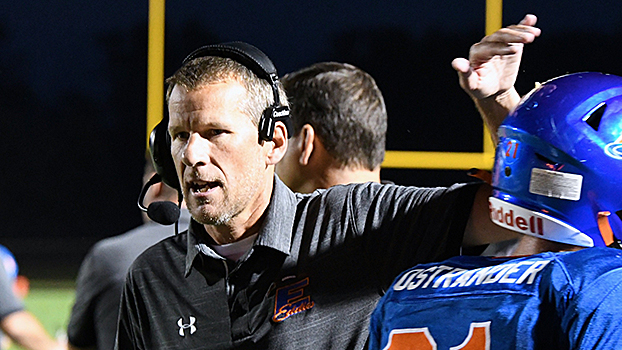 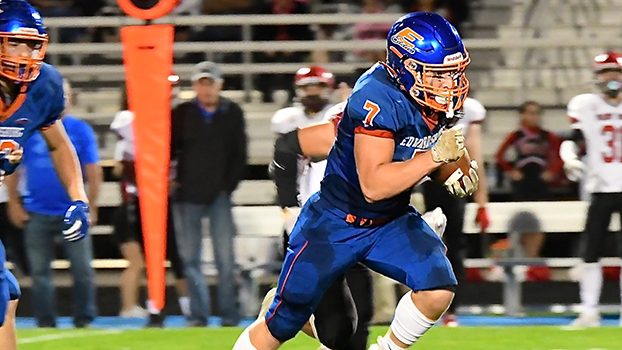 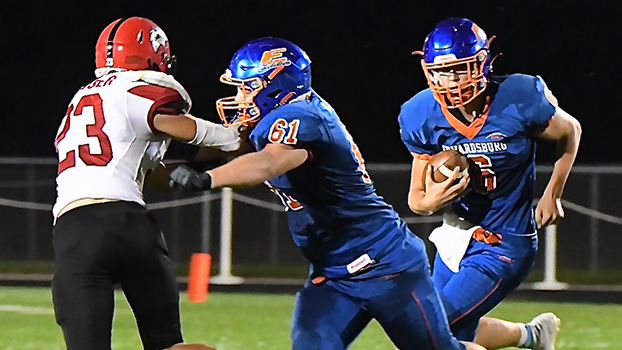 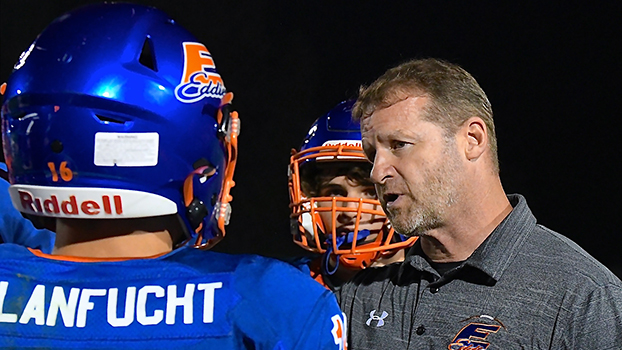 The Eddies (6-0, 5-0 Wolverine) led 29-14 at halftime after scoring a pair of touchdowns in each of the first two quarters.

The Red Wolves (4-2, 3-2 Wolverine) scored a touchdown in each quarter of the first half, but were shutout in the final 24 minutes by the stingy Edwardsburg defense, which allowed its first points of the season since Niles scored a second-half touchdown two weeks ago.

The Eddies once again leaned on their powerful ground game to wear down the Paw Paw defense and dominate the second half. Edwardsburg rushed for 422 yards on the night and finished with 461 yards of total offense.

Also scoring for the Eddies were Mikey Prior (23 yards) and Brenan Seabolt (15 yards).

The Red Wolves’ scores came on a 48-yard run by Davis Zeyan and a pick-six by Sylvester Cullen, which covered 65 yards.

Paw Paw finished the night with 229 yards of total offense, including 207 on the ground.

Defensively for the Eddies, Jacob Walker had six tackles, while Swartz and Nick Colvin both recovered fumbles.

Edwardsburg is back on the road Friday night as it travels to Otsego for a Wolverine Conference contest. Kickoff is set for 7 p.m.