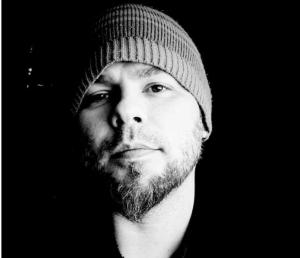 Robert Keys II, 42, of Niles, passed away on Monday, Sept. 20, 2021, suddenly, of injuries sustained in a motor vehicle accident.

The life of Bob was spent pursuing his music, traveling, and soaking up as much time with his family, especially his two sons. From a young age, he enjoyed not just listening to music, but creating it as well. He was well known for his ability to play the drums but was not afraid to pick up other instruments. Bob was a team player and would do anything he needed to in the pursuit of producing great music. Bob toured the United States as well as parts of Europe with his band “Love Muffin”. The band that he was playing with most recently was called “HUmend.” Music wasn’t the only art that he was interested in, those who knew him best knew that he was an incredible sketch artist as well. He loved drawing and had a very creative mind. Bob was a family-inclined, charismatic, and caring individual and anybody who knew him were aware of that. He loved his fans and took a lot of pride in connecting with as many of them as he could. It was in his nature to give back and did so where he was able to. One of his other talents was his ability to skateboard. His passion for skateboarding led him to help design the skate park in Dowagiac, Michigan. In his life outside of the spotlight, Bob worked full-time as a machine operator for Autocam Corp. in Dowagiac.

He is preceded in death by his brother, Thomas Keys; and his oldest son, Sylas Orion Keys, who passed away with him.

He is survived by his youngest son, Elliot Keys; his mom, Genie (Phil) Hoekstra, his father who raised him, Robert Keys Sr.; his biological dad, Kelly Kirkpatrick; two of his siblings, Autumn (David) Johnson, and Daniel (Melanie) Keys; and many good friends, family members, and fans.

Funeral services for Bob will be held at Mission Hills Memorial Chapel at 61453 M51 in Niles on Saturday, Oct. 2, 2021, with visitation beginning at 11 a.m. and the ceremony at 1 p.m. An interment will follow at Riverside Cemetery in Dowagiac.

Memorial contributions made in Bob’s memory to Genie Hoekstra, his mother.

Arrangements have been entrusted with Brown Funeral Home & Cremation Services, of Niles.

Bob will always be remembered as a great friend, a wonderful son, a caring brother, and a loving father. It didn’t matter what new adventure Bob was on, he touched many lives, and will be dearly missed by his family, his friends, and his fans.