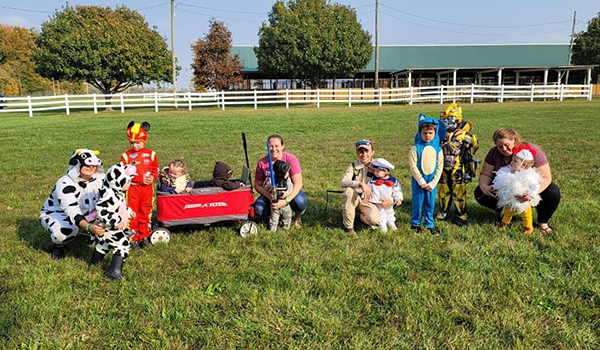 CASSOPOLIS — Local residents will no longer have to wait until next year’s fair for some fun at the Cass County Fairgrounds.

A Halloween-themed campout, craft bazaar and demolition derby will all be converging on the Cass County Fairgrounds from Oct. 8-10, and fair president Brian Kuemin is thrilled about it.

In fact, he said he is thrilled about every event that has been able to happen after the 2020 fair was canceled.

“Coming off of last year, we’ve enjoyed every minute of it,” Kuemin said. “The fair was outstanding. The community came out. It really was a great week, and it speaks volumes about our community.”

The next event on the fair board schedule is Ghoul’s Night Out, a weekend-long camping event featuring trick-or-treating, a costume contest and a campsite decorating contest. Campers must check in after at 7 p.m. Friday, Oct. 8 and check out by 2 p.m. on Sunday, Oct. 10.

After a successful first year in 2020, Kuemin said it was an easy decision to host the event again.

“Last year, there were not a whole lot of opportunities for people to get out, so we wanted to give them that opportunity,” he said. “People had such a great time. We said, ‘hey, we’re going to do this again.’”

The cost for entry to the campout is $70 for the weekend, and there is no single-day fee. Camping is limited to 150 campsites, which will be assigned.

The October Fest Craft Bazaar, hosted in the Agnes Gragarek building at the fairground will be hosted from 9 a.m. to 4 p.m. Oct. 9. There will be approximately 60 indoor exhibitors, according to event organizers.

“It sounds like it’s going to be a pretty good group,” Kuemin said. “Different types of things, not just same things on every table.”

“It’s the first time we’ve done an offseason derby,” Kuemin said. “It’s an extremely popular event at the fair, so we hope we can fill the grandstands with people who want to watch more cars crashing.”

Kuemin said it is impossible to know many people may come to the fairgrounds over the weekend, but he hopes for a strong turnout that can be a stepping stone for many future offseason events.

“That is one of the things we’ve been working on the hardest, utilizing the fairground the other 51 weeks of the year,” Kuemin said. “I think we do fair very well. Now, we just have to work on bringing more things in to bring people into our community. That’s what it’s all about.”

Rules, registration forms and additional information for the all three events can be found at mycasscountyfair.com. Registration is due by Friday, but Kuemin said organizers are not likely to turn people away if they apply late.