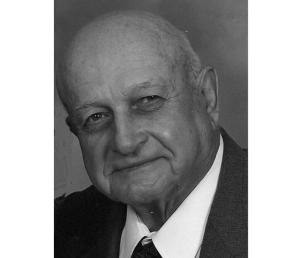 He was born Jan. 20, 1930, at the family farm in Niles, Michigan to Clayton G. and Gertrude E (Hibberd) Walker. He was a lifelong resident of Niles. His father’s family included several Niles area pioneer families (Johnsons/Fosters) arriving in Niles beginning in 1824.

Clayton attended the old Hatfield one-room schoolhouse north of Niles and graduated from Niles High School in 1949. As a young boy, he worked many long hours helping with the family farm. As a young man, he enjoyed playing fastpitch softball at Plym Park and later playing shuffleboard, winning many trophies. He loved morel hunting with his father and later with his children. He immensely enjoyed coaching children in fastpitch softball and baseball having many championship teams. He was an avid Detroit fan of the Tigers and Lions.

He loved his family, circle of longtime friends, and community. He was called to the Army in 1951, and upon returning, he joined the Dowagiac Police Department as an officer for a few years After his retirement from driving a fuel tanker for Amoco (30 years), he continued putting out his huge garden and he was particularly fond of his homegrown sweetcorn. He was a lifetime member of the American Legion.

Herb was also preceded in death by his parents, brother, LeRoy Walker, and his oldest son, David N. Walker.

The family would also like to thank Davida and Queen Patterson for their exceptional care of Herb and also Hospice Caring Circle.

Funeral services to celebrate the life of Herb Walker will be held on Sept. 28, 2021, at Brown Funeral Home in Niles at 11 a.m. with a time of visitation beginning at 10 a.m. Interment will be held at Silverbrook Cemetery in Niles. Herb’s funeral service will be live-streamed on our website.

Memorial contributions may be made in Herb’s memory to Fernwood Botanical Gardens.

Condolences, photos, and memories may be left for the family at BrownFuneralHomeNiles.com. Arrangements have been entrusted with Brown Funeral Home & Cremation Services, of Niles.