Eddies run over Plainwell in battle of Wolverine undefeated teams 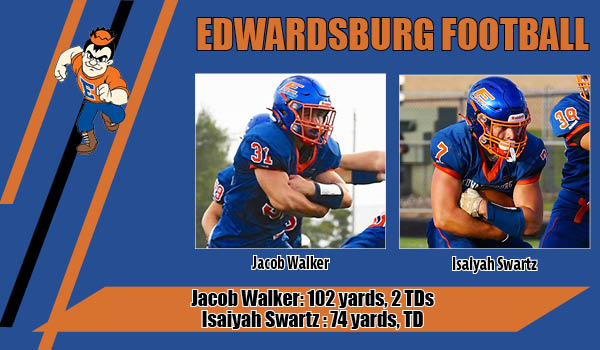 PLAINWELL — It was no contest in a battle of Wolverine Conference undefeated teams Friday night.

Visiting Edwardsburg continued to roll through its opponents as it blanked host Plainwell 49-0 to improve to 5-0 overall and 4-0 in league games. The Trojans are now 4-1 overall and 3-1 in conference contests.

The Eddies’ offense continues to put up staggering numbers, while the defense still has only allowed a single touchdown. Edwardsburg has now outscored its opponents 252-7. The Eddies have posted back-to-back 49-0 wins.

Against the Trojans Friday night, Edwardsburg rolled up 438 yards of total offense, all of which came on the ground.

Defensively, the Eddies only gave up 93 yards of total offense.

McColley led the Edwardsburg defense with a pair of interceptions. Blake Ludwick also had a pick.