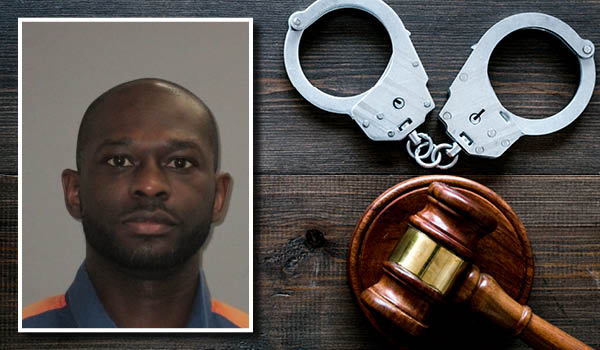 CASSOPOLIS – A juvenile lifer was resentenced Friday in Cass County Circuit Court to a term of years rather than life without parole.

Darnell Devon Johnson, 42, formerly of South Bend, had been convicted of felony murder in 1998 and sentenced to a prison term of life without parole. Friday, he was resentenced to a term of 25 years to 60 years in prison with credit for 8,911 days already served, which amounts to more than 24 years.

Johnson and an accomplice targeted the Hilltop Laundry in Union for robbery on May 3, 1997. During the incident, Johnson shot three people, killing one of them. The person who died was Diane VanStrum, 68, who was a customer in the laundry. A clerk was shot in the head and another woman shot in the back, but they survived.

Johnson got the chance to be resentenced after the U.S. Supreme Court ruled in 2012 that sentencing juveniles to life in prison without the chance for parole constituted “cruel and unusual punishment” in most instances. The high court as well as the Michigan Supreme Court and the Michigan legislature set down the guidelines for resentencing juveniles.

Cass County Circuit Judge Mark Herman noted Friday that he had conducted a hearing to determine Johnson’s fate on two days in April. A total of 19 witnesses were called during that hearing, both those who favored allowing Johnson to be resentenced and those opposed.

Cass County Prosecutor Victor Fitz moved at that time to have Johnson resentenced to a term of life in prison, a motion that Herman denied back in April.

Friday, Fitz asked for a minimum sentence of 40 years in prison.

“I sadly say that I believe the system has failed the people. Justice will not be done today,” he said before sentencing. “The victims are disheartened. There was a factual basis to sentence him to life, and court decided not to do so.”

“This was a cruel, heartless, premeditated and perhaps gleeful murder,” Fitz added. “The crime left a permanent trail of devastation. The laundry became a slaughterhouse. … This is the most serious crime known to man. I think life in prison is appropriate, and I respectfully ask for 40 years.”

Defense attorney Sofia Nelson said she saw the case quite differently. While acknowledging the tragedy and the pain and suffering her client caused, she noted that the U.S. Supreme Court has found that children are less culpable than adults and has mandated that juveniles be treated differently.

Nelson said that Johnson had a dysfunctional background but has become a “reflective, kind and remorseful man.”

“I know he has been rehabilitated from his prison record and his risk assessment,” she said. “He has also been punished, well over half of his life has been spent in prison.”

“No one would argue that he shouldn’t be held accountable,” she added. “As for deterrence, acting harshly on him will not deter other juveniles. There is no doubt that he can become a productive member of society. … He is a testament to resiliency and faith. He’s done everything we’ve asked.”

Johnson acknowledged all the pain and suffering his victims endured.

“Their families, friends and community have lost so much because of my actions,” he said. “My family has also suffered. They blame themselves and each other for what I did. It’s all on me, it’s my burden alone. I was the one who chose to do wrong, rob someone and bring a gun.”

“During my imprisonment, I learned to understand the pain my actions caused,” he added. “I’m deeply sorry. I know my apology doesn’t take away the pain or make things right. … I’m heartbroken that it took my imprisonment to get my head on straight. I’m not able to change what I’ve done. If there was a way, I would take their place … I will never fully forgive myself.”

Judge Herman said it would be easy to condemn Johnson for his actions 24 years ago, but he also has to consider Johnson’s accomplishments.

“You took positive efforts to improve your life,” he said. “You took on many tasks [in prison] when there was no light at the end of the tunnel. I don’t have the opportunity to set you free, but you make your plea before the parole board.”