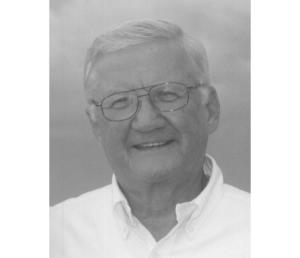 Leon Joseph Dodd, 83, of Dowagiac, passed away at his home surrounded by his loving family on Sunday – Sept. 19, 2021. Arrangements have been entrusted to Clark Chapel, 405 Center St., Dowagiac.

Leon was born on May 8, 1938, in Dowagiac to the late Charles and Lila (Cram) Dodd. He was a 1956 graduate of Dowagiac Union High School. Leon served his country in the U.S. Army. On Aug. 25, 1961, in Dowagiac Leon married the love of his life, JoAn Powell. He worked for more than 50 years and retired in 2004 as General Manager at the former Jessup Door Co., then Jessco, and most recently Ameriwood Industries in Dowagiac. Leon was a devoted Dowagiac resident his entire life and contributed to the community in many ways. He was a member of the Dowagiac Optimist Club, the Dowagiac Elks, the Dowagiac Moose, member and former president of the Dowagiac Federal Credit Union board of directors for 30 plus years, a die-hard Dowagiac Chieftain fan and member of the Boosters, very involved with the Dowagiac Little League and the American Legion Baseball, and a basketball referee with the MHSAA for 25 plus years. Leon enjoyed fishing and golf and was an avid U of M fan. Leon was also a member of the Yore Community Church. Most important to Leon was his family, he always had time for them and loved them dearly. He will be deeply missed by all.

A memorial service celebrating Leon’s life will take place on Thursday, Sept. 23, 1 p.m., at Clark Chapel. Visitation with the family precedes the service from noon to 1 p.m. at the funeral home. Memorial contributions may be made to Caring Circle Hospice. Friends wishing to leave the family a message of condolence may do so at clarkchapel.com.