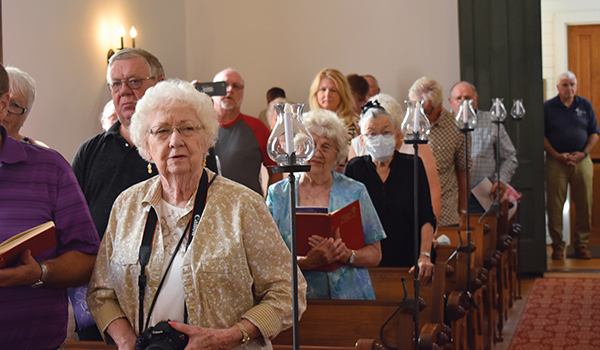 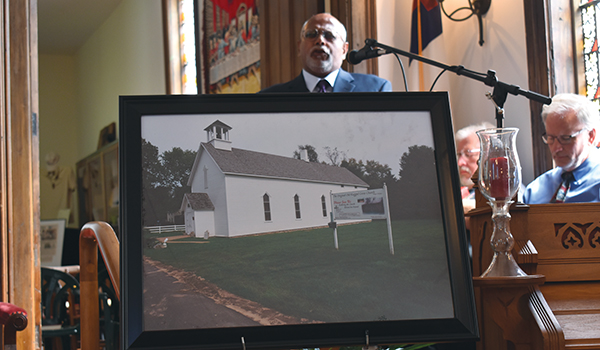 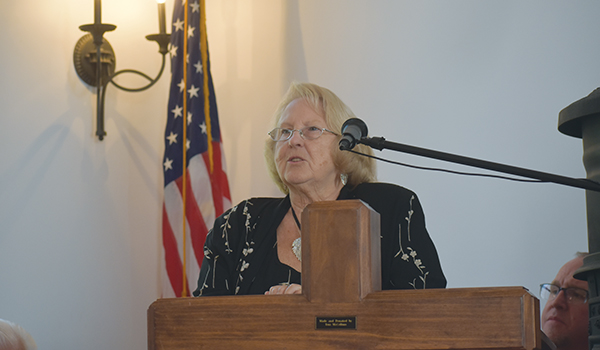 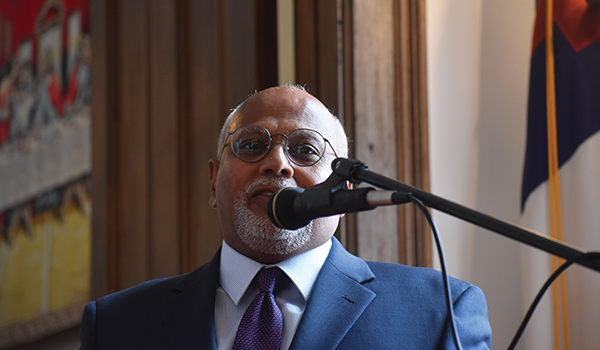 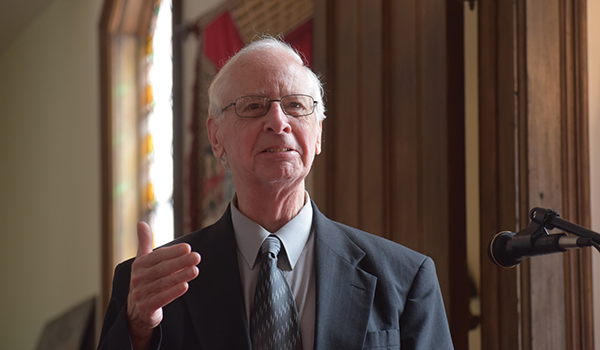 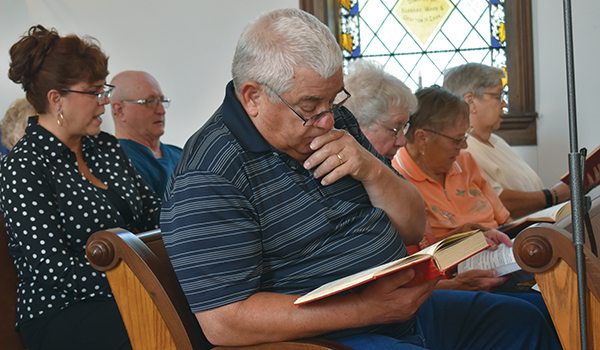 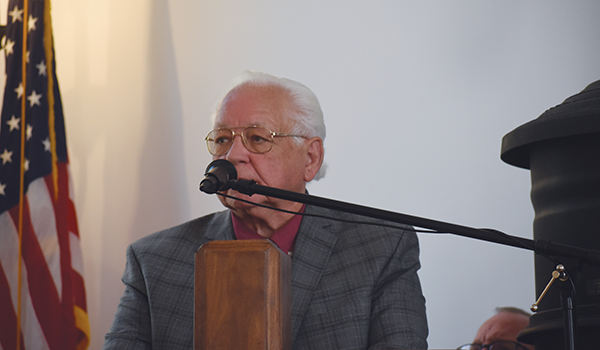 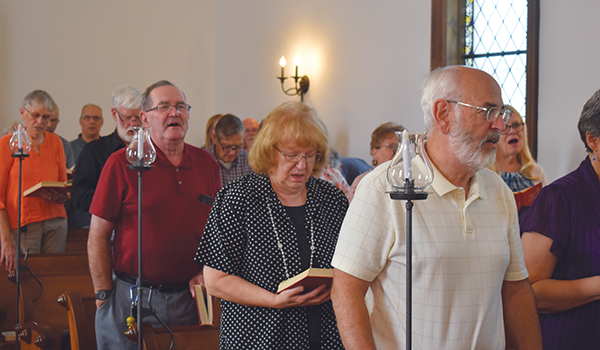 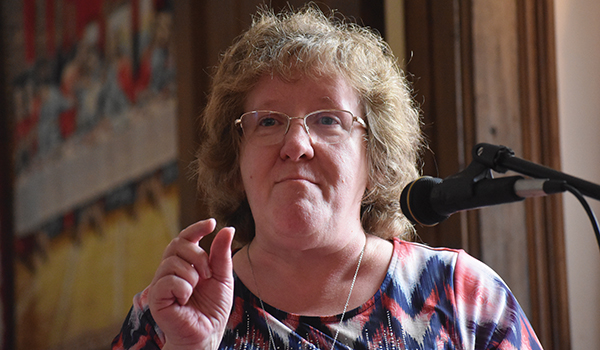 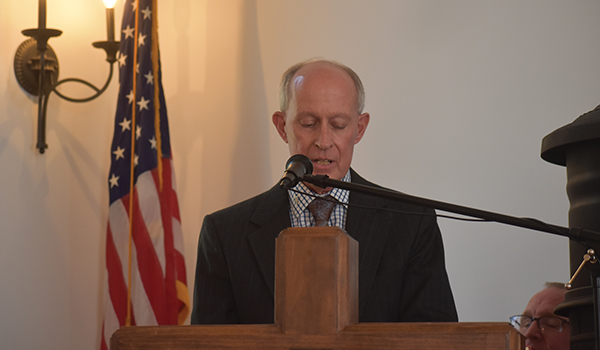 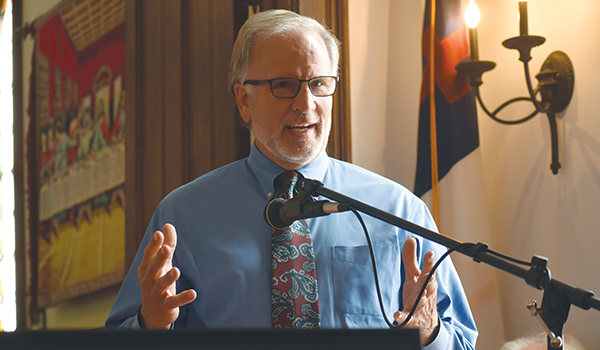 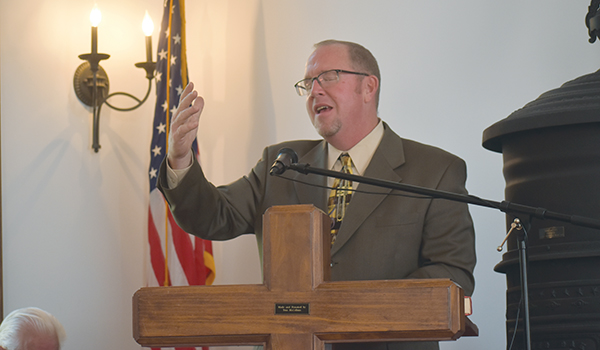 POKAGON TOWNSHIP — This weekend, the familiar notes of popular church hymn “The Old Rugged Cross” rang out in Pokagon Township. Though the hymn is more than a century old, for many in the audience, the song felt brand new as it was played for the first time in a building specifically dedicated to preserving its history.

Sunday, a ceremony was hosted at the Old Rugged Cross Church, 61041 Vermont St., Dowagiac, to dedicate the church and its museum after years of restoration and renovation.

“We are here today to celebrate the restoration and the completion of restoration on this building,” said Molly Shaffer, who was one of the residents leading the efforts. “God had plans for this building. He wanted it back, and now he has it back.”

According to the Michigan State Housing Development Authority, the building was erected in 1862 as a hop barn before being purchased by the First Methodist Episcopal Church of Pokagon in 1876. The church purchased the building and enlarged and remodeled it into a church.

In 1913, Bennard was asked by his friend and the church’s pastor, Leroy Bostwick, to help with the church’s revival meetings at the church. It was there that the church’s five-member choir performed Bennard’s “The Old Rugged Cross” for the first time the hymn was performed in public.

However, not long after, the building was sold and fell into disrepair over the years. Bob and Molly Shaffer purchased the historic building in 1998 and created the Old Rugged Cross Foundation, a nonprofit with the goal of restoring it to its original state. After years of work, the building was restored and is now used as a church and special services as well as a historical museum.

“We are now getting the chance to celebrate this church and dedicate it to God,” she said. “We still don’t know all he plans for this building, but we are going to go right along with it. He has led us to it, led us through it, and he has brought us here today. It has been a wonderful ride.”

“The pastors who are here and participating today have all had a part in this restoration effort, and they have all been supportive of this,” Molly Shaffer said. “We thank them and appreciate them.”

Before the dedication ceremony concluded and packed pews began to sing the opening words of Bennard’s hymn, those involved with the Old Rugged Cross Church’s restoration said they were grateful to see the project completed and hoped to serve God with the building for many years to come.

“We were called by God,” said Foundation Board Chair Dr. Melchizedek Ponniah. “We are here gratefully acknowledging all [God] has done for each and every one of us to accomplish the mission of rebuilding this church. … If not for the Lord, we couldn’t have come to this milestone.”