NILES — The old saying goes, “it’s not about how you start, but it’s how you finish,” and the Niles football team embodied that on Friday night.

The Vikings overcame turnovers and a 14-0 deficit in the first half to earn a 22-16 victory over Three Rivers in Wolverine Conference play.

The win over Three Rivers was special to Shaw, who head coached at Three Rivers for 20 years and led the Wildcats to the 2003 Division 4 state championship.

“We played a really bad first half,” Shaw said. “We talked at halftime about adversity and leaving the bad attitude out. In the second half, I thought we played lights out offensively and defensively.”

“We started off in the first half very slow,” said Niles sophomore Julian Means-Flewellen. “We had a great talk at halftime and we bounced back in the second half. We kept on fighting. We did it for coach Shaw, that’s his old team.”

Leading 22-14 with 1:36 remaining in the game, the Wildcats blocked a Niles punt that rolled out of the end zone for a Three Rivers safety.

The Wildcats then drove to the Niles 25-yard line, where on fourth-and-14, freshman linebacker Sam Rucker raced from the opposite side of the field to drop Three Rivers quarterback Caleb Quake for a loss in the closing seconds to seal the win for the Vikings.

“That play symbolized who we are,” Rucker said. “We were all tired. There were only a couple seconds left, but we had to push through and got that last snap off and kneeled down to win the game tonight.”

The play was special for Rucker, who has made a living in opponents’ backfields this season.

“After that play, I could feel all the energy going through my body,” he said. “It’s every kid’s childhood dream to make a play like that.”

After two first-quarter fumbles led to two Wildcat touchdowns, Niles’ offense responded with 22 unanswered points to put the Vikings up for good.

The Vikings outgained the Wildcats 256 to minus 7 on the ground.

“My line was doing amazing,” Means-Flewellen said. “I just found my holes and ran that ball.”

Shaw was impressed with the way Brawley orchestrated the offense.

“He did a great job tonight of running the offense,” Shaw said. “He did things tonight that we’ve been wanting him to do for the first four weeks. Our fullbacks ran the ball well and our line blocked well in the second half.”

On defense, Paul Hess had an interception and a fumble recovery, both of which set up Niles’ second-half touchdown drives. Means-Flewellen had five tackles and Rucker had four — three for loss — and two sacks. Drew Keene and Connor Quake had 11 and 8.5 tackles, respectively for Three Rivers.

The Vikings’ defense stepped up without players, including key two-way player Colin Hess, who was out with a knee injury.

“We were short-staffed,” Shaw said. “That made the whole game tense. But it was fun getting [Three Rivers] because I was there for so long.”

“We just hope to have a great week of practice and prepare for Vicksburg,” Means-Flewellen said. “They’re a great team and we want to go get that win and go 4-1. Our goal is to go 8-1 this year.” 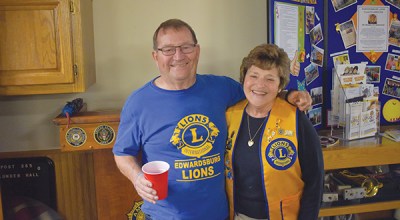