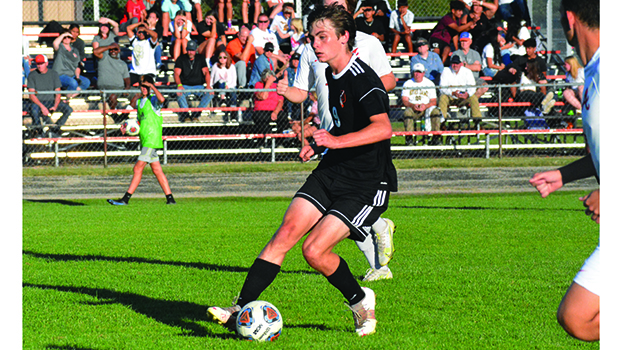 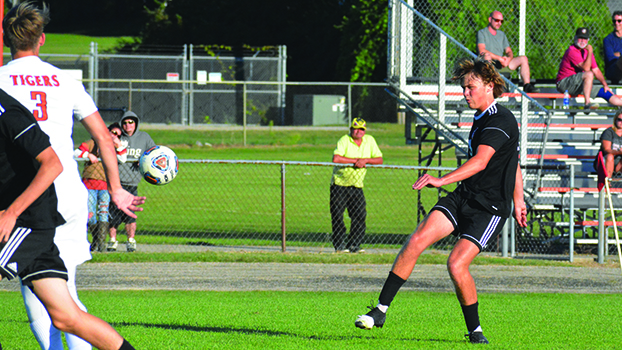 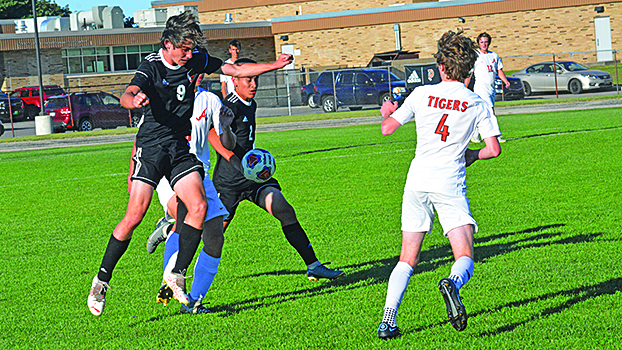 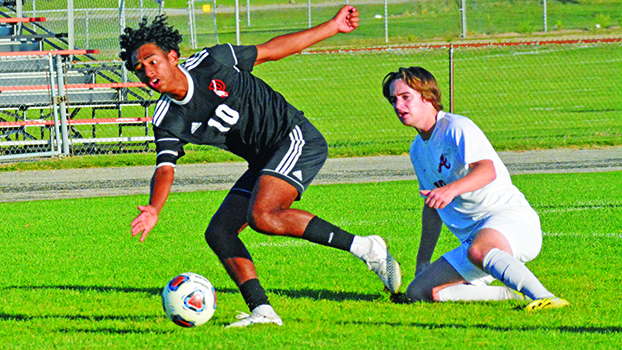 The Chieftains scored three first-half goals and went on to defeat the Tigers 3-0 in Wolverine Conference play.

Senior forward Noah Green found the back of the net first with an assist from Noe Beltran at the 26:50 mark of the first half. Roughly one minute later, senior midfielder Kelvin Bravo scored before fellow senior midfielder Isaac Saavedra scored the third and final goal before halftime.

“We did score three goals in the first half, but in the second half, we were moving the ball,” said Dowagiac coach Mike Williams. “We were unable to finish plus the keeper did a nice job, he had quite a few saves. He definitely saved them on several occasions.”

According to Dowagiac head coach Mike Williams, the game was the latest in a series of physical contests against the Tigers. Allegan sophomore August Jacus was removed from the game in the second half after being issued a red card for using profane language.

“Anytime we play Allegan, it’s super physical,” Williams said. “It’s about trying to keep your composure and getting out without any injuries every time we play them.”

Despite the physical nature of the game, Williams was proud of his team’s effort against the Tigers.

The flow of the game allowed Williams to go deep in his bench for substitutions.

“We’re rotating people in at different spots because we;re giving younger kids time to play today,” he said. “Sometimes, you don’t have that opportunity.”

Wednesday’s win moves the Chieftains to 9-2 on the season and 2-1 in the Wolverine Conference.

“This was the first week where we didn’t have two games,” Williams said. “Now we have to rest in regard to game time and be able to work on things that we need to work on. There’s all conference games from here on out. Everything matters. So we’re working on getting healthy and getting back to our starting lineup and our rotation because it’s kind of out of whack right now.”