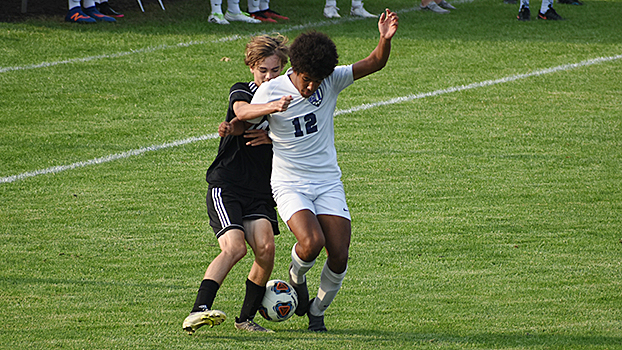 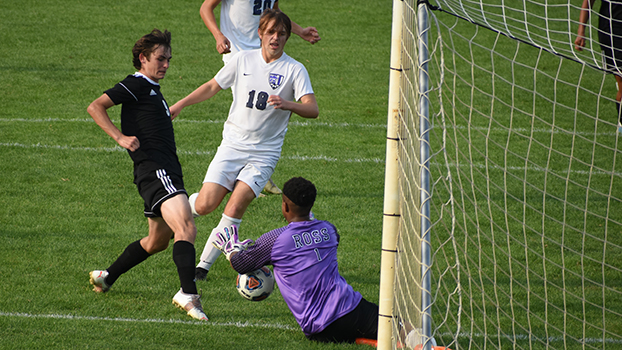 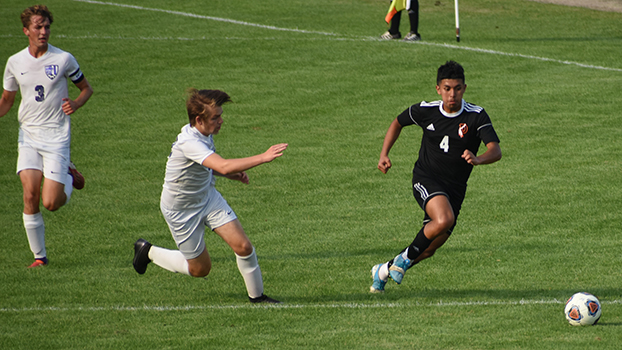 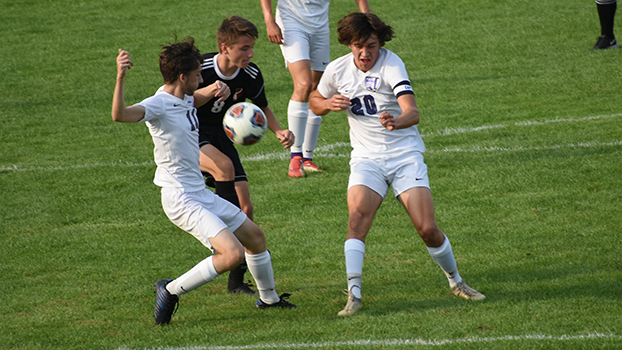 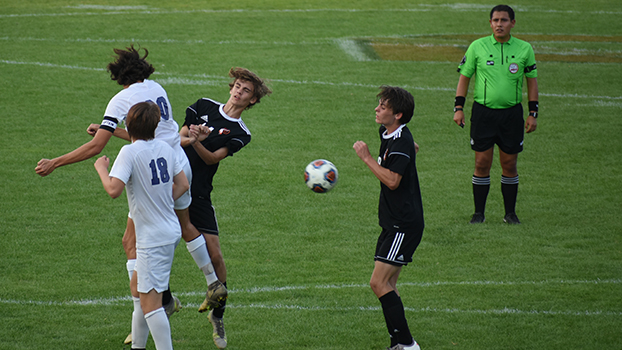 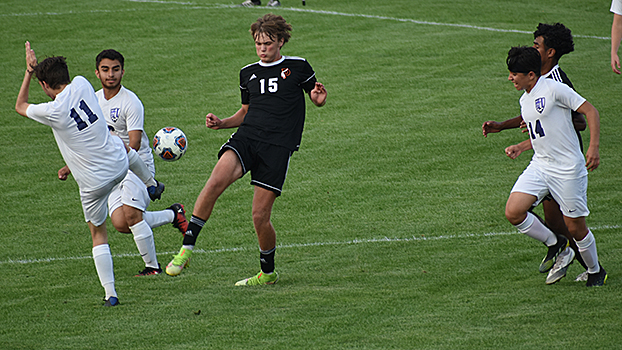 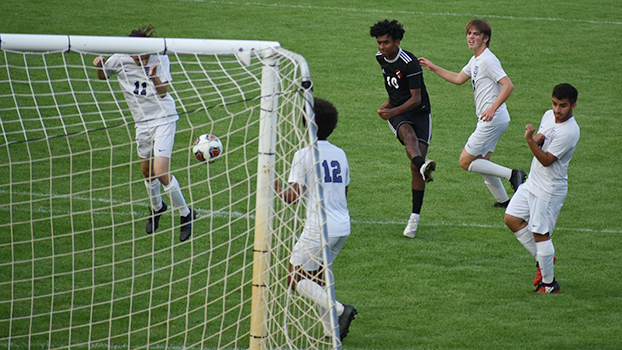 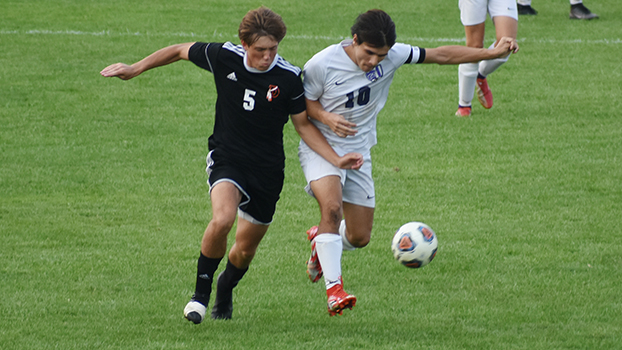 DOWAGIAC — Veteran Dowagiac Coach Mike Williams said his team played one of its best matches in some time, but he is still looking for a full 80 minutes from his squad.

The Chieftains fended off a pesky visiting Three Rivers squad 3-2 to square its Wolverine Conference record to 1-1 Monday night. The win improved Dowagiac to 8-2 overall.

“It was the best game we played in a long time, and here is why,” Williams said. “We were playing with 10 players for 70 minutes because Henry [Weller] got a red card for tripping right before the box. Whether he meant to or not, it is an automatic red.”

Williams said that his team moved the ball well and played hard, but he is still waiting for his team to click on all cylinders.

“We did that 99 percent of the time, but we still have a couple of players who are not carrying their load still,” he said. “They still have to get there.”

Dowagiac and Three Rivers were tied 1-1 at halftime as Jordan Simpson scored for the Chieftains and Kayden Salinas for the Wildcats.

The Three Rivers goal came when Dowagiac goalkeeper Alejandro Martinez could not corral the rebound after making the initial stop on the shot.

Williams said that for Martinez, it is all about believing in himself.

“He started the game by not being confident and not coming out,” he said. “When he hesitates, you are going to see the defense not listening to anything he says, and they just win the ball and are not going to step away and let him get it. In the second half, you saw that changed. He is calling it, and he’s coming out to get it. He did a much better job in the second half.”

Dowagiac had its scoring opportunities, but was unable to find the back of the net.

“That hasn’t been a problem for us,” Williams said about scoring goals. “But we haven’t been able to have a true practice to work on stuff for two weeks because we have had two or three games a week and injuries.”

He said he is looking forward to getting some practice time Tuesday before the Chieftains’ Wolverine Conference match against Allegan Wednesday.

The Eddies picked up their first Wolverine Conference win of the season and squared their overall record at 3-3-2 with a 3-1 win over visiting Otsego Monday.

Alex Carfi had a pair of goals for Edwardsburg, which also got a goal from Devyn Arias.

Tye Vargo had a pair of assists.