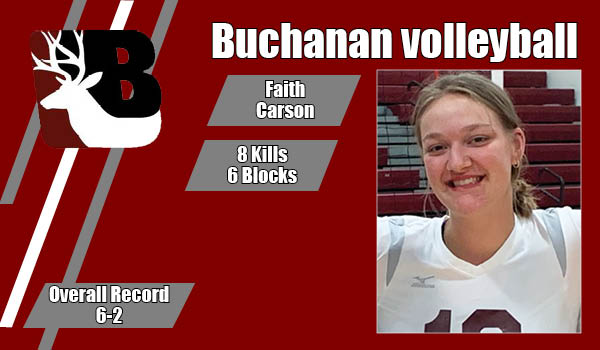 BUCHANAN — The Buchanan Bucks and Edwardsburg Eddies were both victorious in volleyball matches Monday night.

The Bucks stepped out of conference play to win a five-set thriller from Lakeshore, while the Eddies rebounded from their first Wolverine Conference loss to sweep Allegan.

Macey Laubach had 12 kills and three aces, while Liz Pederson had 10 kills and two blocks. Lexi Schimpa finished the night with seven digs and 38 assists.