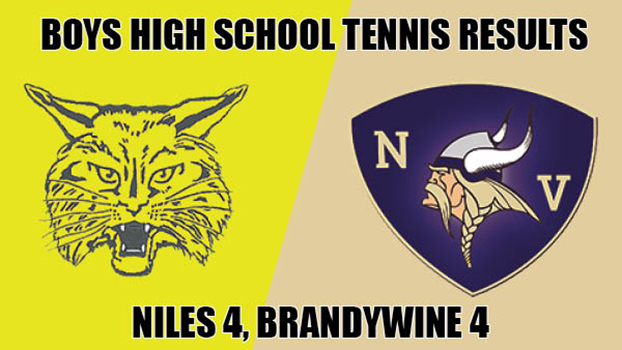 The most competitive match of the day came at No. 2 doubles as Niles’ Wyatt Mitchell and Aiden Krueger defeated Brandywine’s Triston Peterson and Ethan Adamczyk 6-4 and 6-3.

The Eddies dominated the Bucks Monday, winning 7-1 in a non-conference match.

The Bucks’ lone win came at No. 2 singles where Brennen Weaver defeated Corbin Blagg 6-2 and 6-2.

Edwardsburg was a winner by default at No. 4 singles.

The best match came at No. 4 doubles where the Eddies’ Caleb Layman and Steven Linton defeated the Bucks’ Jaden Robinson and Carson Shelton 7-6 and 6-1.