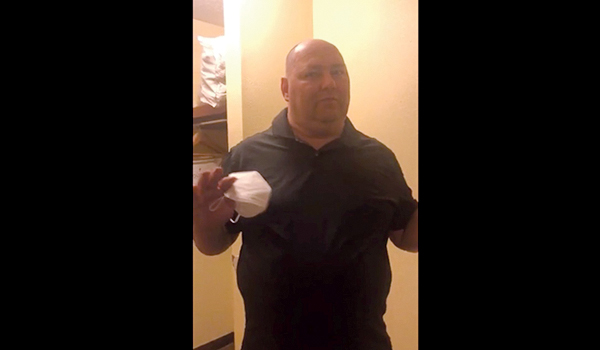 Patrick Robert Stier, 44, of Elkhart, pleaded guilty to accosting a child for immoral purposes and was sentenced to three years’ probation, credit for one day served, 90 days electronic monitoring and $1,058 in fines and costs. He must also register as a sex offender. He remains on a 9 p.m. to 6 a.m. curfew.

The incident occurred April 2 when he contacted who he believed to be a 14-year-old female through a phone messaging app. The content of the communications was sexual in nature, and he asked the minor to meet him at a local hotel. He resigned after the accusations were made. He was also initially charged with using a computer to commit a crime.

A video of Stier being confronted by a Facebook group called PCI: Predator Catchers Indiana was widely circulated throughout the Brandywine community prior to his arrest. The video allegedly shows Stier entering a hotel room in South Bend with the intent to meet a teenager he messaged on the internet. Instead, Stier was met by adult representatives from the non-law enforcement group, who confronted him about messages exchanged between him and a decoy pretending to be 14 years old.

“I just want to say that I’m sorry to my family, former students and the community,” Stier said in court Monday. “I should have known better.”

Berrien County Trial Judge Sterling Schrock said Stier needs to recognize that his behavior was criminal and that he needs to address what caused him to take those actions. He told Stier that he must initiate and complete specialized sexual addiction therapy.

The judge did make one exception to the sex offender registry rules. Stier can still have contact with his biological children but cannot be around other children age 17 and younger. The judge left in the rule that he cannot be within 1,000 feet of a school but said he may address it again in the future.

Stier’s attorney noted that his client is seeing a doctor on a weekly basis to get help for his issues. The attorney added that there is no evidence that Stier had done anything like this before and had a long-standing record as a teacher.

The attorney noted that Stier has put himself and his family through a lot and destroyed his life.

“He basically destroyed his life. He’s trying to pick up his pieces as best as he can,” he said. “He realizes he’s the only one to blame and he holds himself accountable.”

Brandywine Community Schools Superintendent Karen Weimer issued a statement on the incident following Stier’s resignation in April. The district had placed Stier on administrative leave on April 11, after leadership became aware of the Facebook video.

“As always, the safety and well-being of your children is our highest priority,” Weimer wrote in a letter to parents and community members. “We will continue to take all measures to ensure that students are educated in a safe and nurturing environment.”